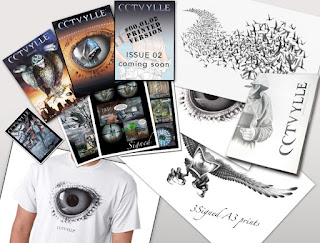 Award-winning artist and film-maker Gianluca Bonomo has launched an online campaign to raise funds for the production of the third episode of his CCTVYLLE comics series...

We all know that Big Brother is constantly watching. There's a camera on every corner and an eye at every window (or is that just me being paranoid?). Now imagine if that level of surveillance could physically follow you everywhere. Not just cameras but birds that are the government's Eye in the Sky. It's that level of paranoia and the resistance to the amount of information that is out there about each and every one of us, and the probability (not possibility) of its misuse that is the core of CCTVYLLE, a comics series created by London-based Gianluca Bonomo who is currently crowdfunding to produce the third of the five issue series.

Set in a London of the not too distant future, CCTVYLLE™ narrates the dramatic and controversial consequences of living under the suffocating control of thousands of super-smart hybrid birds belonging to a government-run agency. The hybrids embody half machine and half animal (bird), consisting of a very sophisticated cctv-like camera build that boosts an intelligent cybernetic chip while the bird’s wings, bones and tissues are organic. The hybrids or “cctvirds” are often remotely controlled by appointed operators whose duty is to constantly patrol the town preventing and reporting crime. Like for any technology or powerful invention, the borderline between use and misuse is very thin and often does not exist. Within a short period the hybrids become so dominant that no picture or view of the city is without them.

When asked where he got the idea from, Gianluca said, “Inspired by a dream I had a few years ago, CCTVYLLE is an imaginative exploration of the future of surveillance systems and the inevitable consequences of an extreme and grotesque use of technology. Sometimes even an apparently innocuous invention can lead to unforeseeable changes in society. In the dream, I saw a tree with dozens of strange creatures perched on it. The scene was as fascinating and chilling as arresting. Suddenly I realized I was seeing a possible future.” 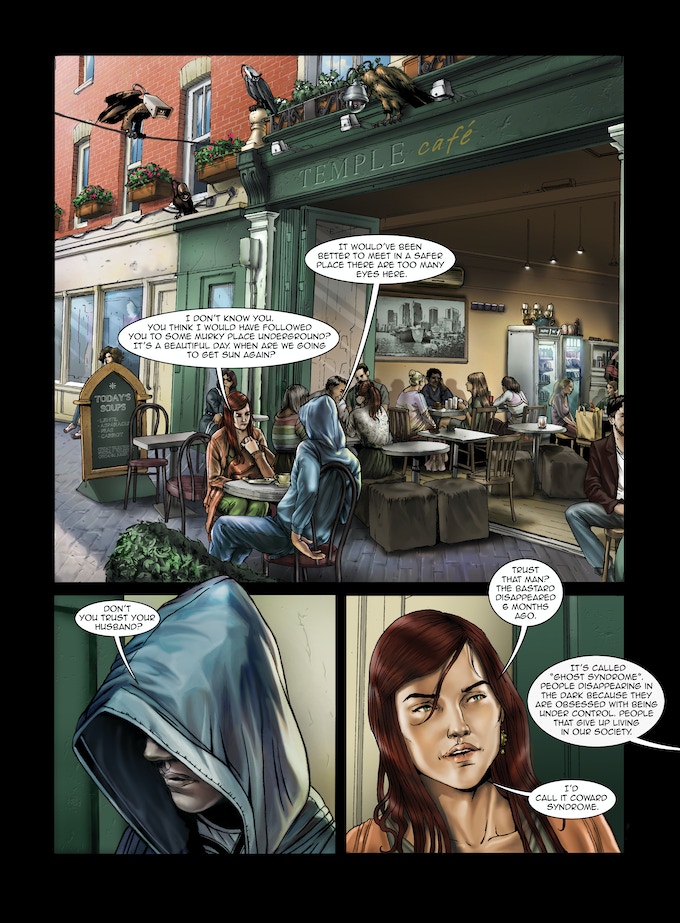 Now you can be part of realising that future too, at least in comics form, by supporting the crowdfunder. So what, apart from even more paranoid, do you get for your money?

As well as being able to pre-order the comic, and get the back issues, either in digital or hard copy, and the usual T-shirts and stickers, there is some stunning artwork on offer, including pages of art from the comics themselves and beautifully drawn cctvird prints which will be signed and dedicated to you. Have a look at some of these stunning prints you can pick from, all signed by Gianluca. 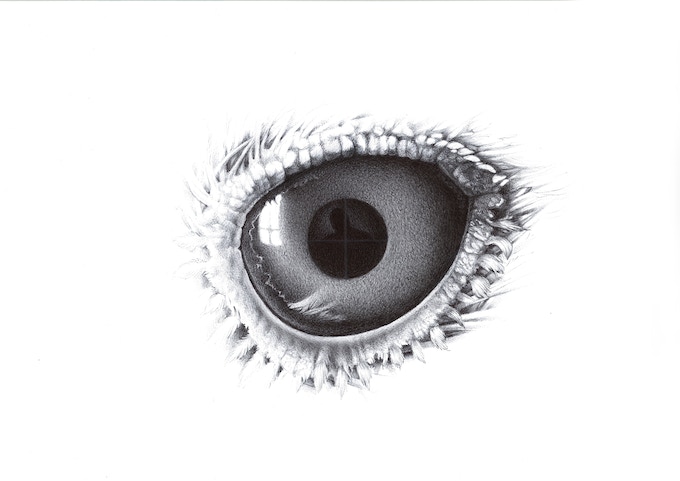 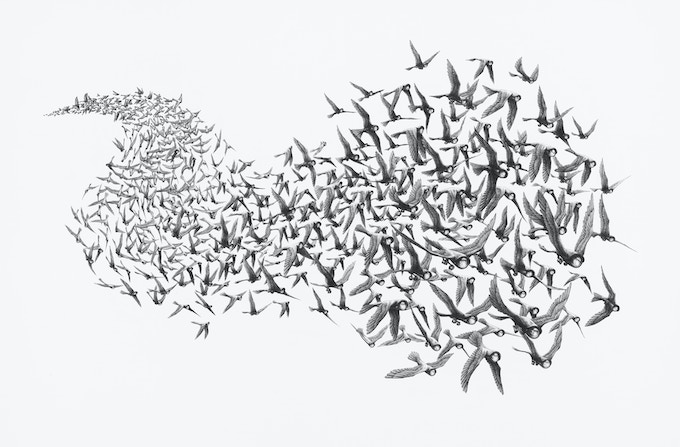 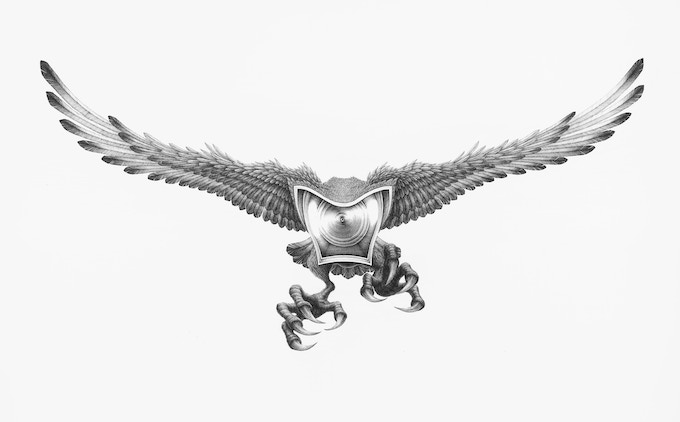 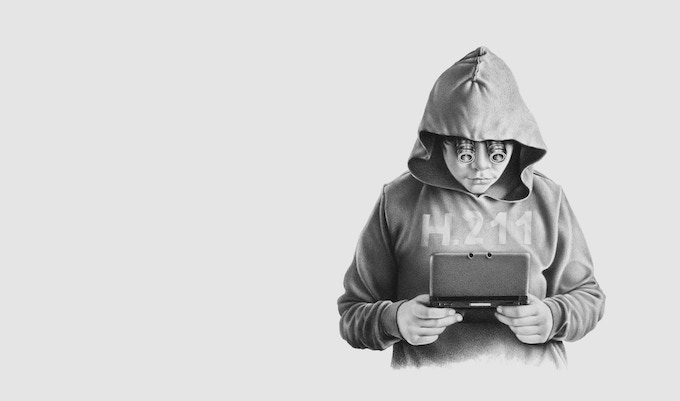 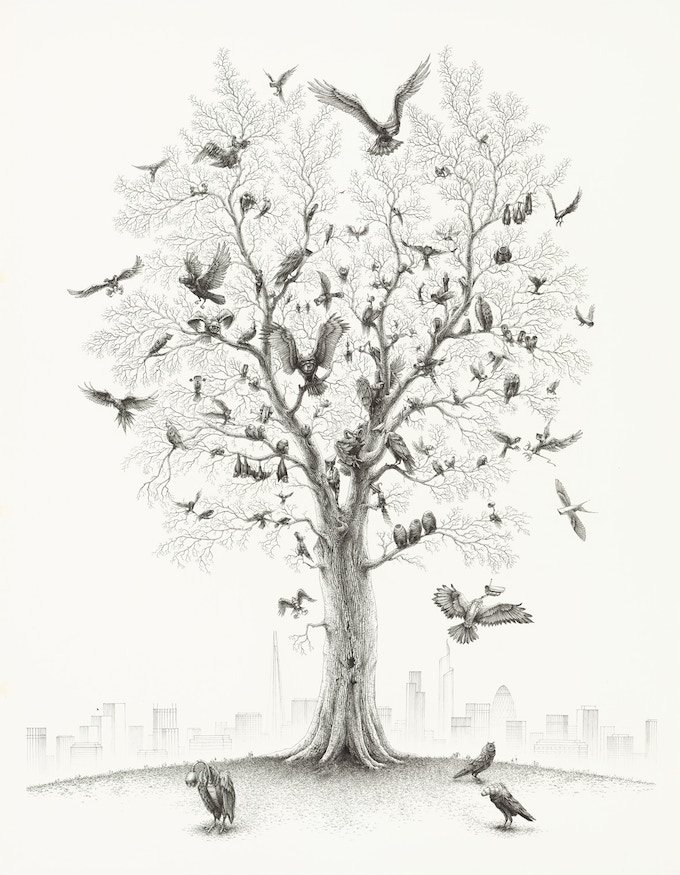 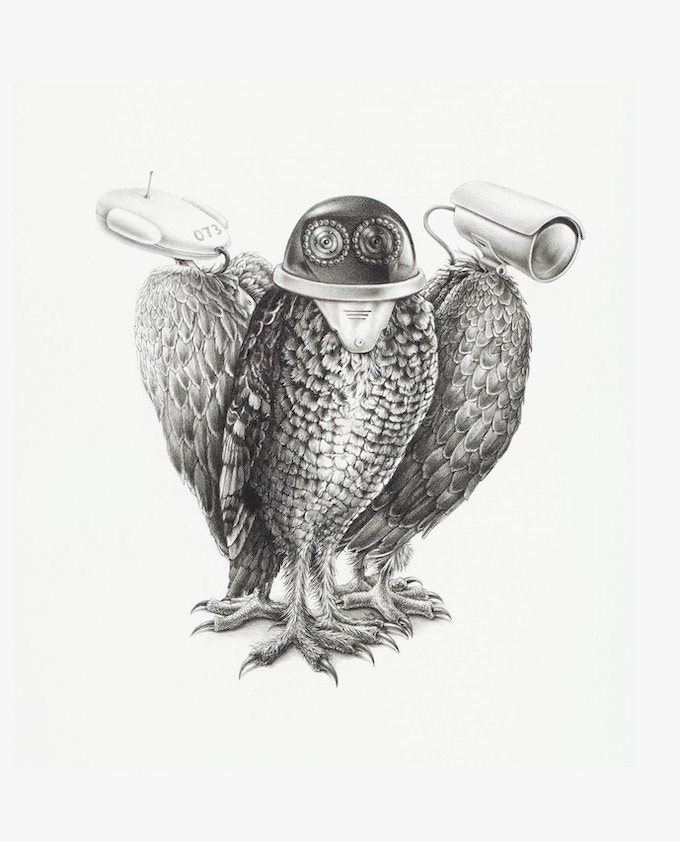 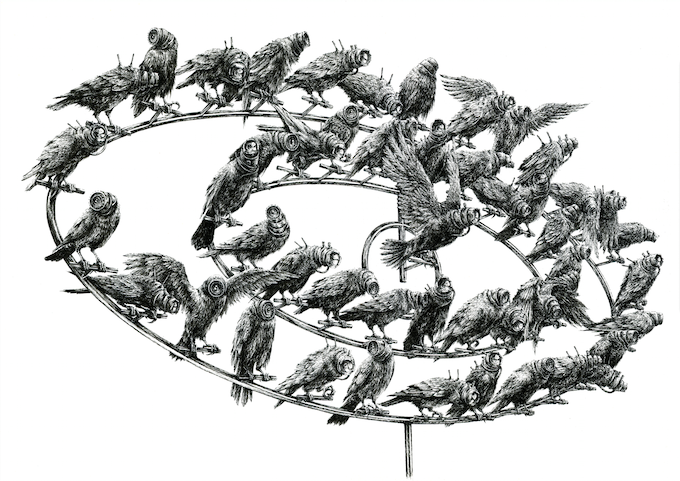 Invest a little more and you get an original hand-done drawing, either in pen or pencil as well. Interested in how the comic was created? Choose a perk that offers the 112 page monograph to find out everything about the project. If you're a video maker yourself, there's even a perk that offers visual effects created by Gianluca himself.

Gianluca Bonomo is an award-winning multimedia artist and video-maker who has developed various projects in the fields of visual arts, comics and cinema and a winner of several awards (Dance On Screen, Channel 4 Four-Docs, Bells From The Deep competitions). Next to the independent production, Gianluca has also worked for many clients, among them Channel 4, BBC, Davis Films, The University of the Arts in London, Striker 3D comics, Imogen Heap, Michael J. Bassett, Jaeger Le Coutre, Mika, Danspoolen (Institution for the culture in Lulea- Sweden), University of West London and many others.

Watch the crowdfunding video below then support the kickstarter here.