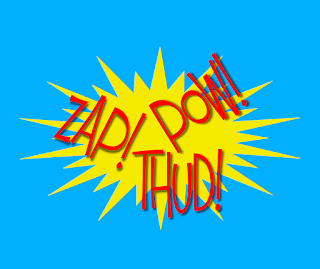 Comic book films have never really gone away, never taken the massive hiatus that perhaps would do the genre some good. After the Superman films came Burton's Bat followed by Schumacher's Tat. Then Bryan Singer tried to ruin the Superman legacy before unleashing the X-Men upon us. Spider-Man came and went, Nolan repaired the Bat Franchise and then it all kicked off! It seemed like every week a new comic book based movie was out. Spider-Man got rebooted in double quick time, X-Men went back to the beginning again and again, Robert Downey Jnr became the hero we were not expecting and it has grown since then. But when do we say enough is enough, when will too much of a good thing start to taste sour? Well it won’t! Not for the studios anyway. They can release a dog turd in a cape and the great public of the world will queue around the block to buy the toy/ burger/ cosplay/ DVD/ Ltd Ed DVD/ Special Edition DVD... and so on and so forth.

Please don't misunderstand me, I like comic book films. It appears I just don’t like the ones that the majority like. For every Marvel release, I yearn for a re-release of Tank-Girl, Zack Snyder gets behind a camera and I dream of another Punisher outing. I am not saying that comic book films shouldn't be made, I am just asking the question...Should they slow down?

The Transformers films show that people will spend good money on absolutely anything to be entertained. The audience for Superman isn't going anywhere and Thor wouldn't mind an extended stay in Asgaard I’m sure. We are on movie overload now. Social networking cannot cope with the divided opinions and hatred that release upon release brings. In the next few years we are going to get more superhero related shenanigans than we had in both the 70's and 80's combined. I liked this period of my life. I got a chance to breathe and take stock between films, allow a lifelong opinion to form over time not just because Twitter et al tell me what my opinion is. We got the chance to read the comics that inspired the films and garner a better understanding of the artistic and literary skill that went into producing our heroes, now we are left with tie-in books and the general public complaining that the comics aren't as good as the films.

Leak upon leak, trailer upon trailer, it’s all too much. I’m glad people enjoyed Guardians of the Galaxy, it was inevitable though as with all the TV spots and trailers unleashed before it even hit a big screen, the hype and marketing had formed your opinion before you handed over your money. It’s clever work by the studios and PR companies. We are as guilty here on The DreamCage as the rest of our peers in helping the hype machine as we publish the trailers and press releases as quickly as they hit our email, but it doesn’t make it right. I know that loads of people didn’t go and see Dawn of Justice because they don’t like how Gal Gadot looks as Wonder Woman. The problem is that she looks like an Amazonian warrior? I kid you not! So the hype machine isn’t working this time, negative opinions are being formed. I'm guilty of it. I won’t watch Ant-Man now because of all the director/writer/cast changes, and that was the only Marvel film that excited me at the time.

Are we not at the point now where perhaps the best form of marketing is good old fashioned word of mouth? I take my choices of what to watch from our very own, the likes of Ren Zelen and Nate McKenzie. I am sure many of you read a review before parting with the extortionate fee charged by the cinemas nowadays. So how about some new rules?

Only 2 superhero films allowed every two years. Disney Marvel and Warner Bros. DC will just have to suck it up. Release each studio's film on the same day, you’ll know who is best then.

NO reboots for a period of 20 years.

No more than 2 sequels, 3 of any film is enough.

Anyone who thinks the studios would lose money is not thinking straight. They would make even more! You are going to watch the film because you want to, you will buy the DVD and the merchandise because as a population we always have, they will save millions on advertising and PR Firms.

It won’t happen. I am in the minority. But I am right.