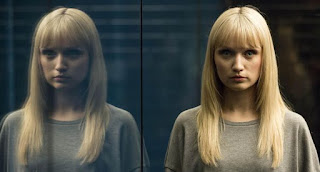 Channel 4 and AMC  have confirmed that the critically acclaimed series Humans has been re-commissioned for a third series...

With writers Sam Vincent and Jonathan Brackley on board, Kudos will begin filming eight brand new episodes in Autumn 2017 with key cast set to return.

The second series of Humans aired last year to widespread critical acclaim and the series has recently launched on AMC to excellent notices in the US.

Set in a parallel present, the series explores what happens when the line between human and machine becomes blurred. The final episode of series two left viewers on a thrilling cliff-hanger.

The writers, Sam Vincent and Jonathan Brackley, said: "We’re thrilled to be continuing this story! The Humans audience will know that the end of series 2 changed everything. We can’t wait to bring this new world to life – along with the best cast in TV, our amazing partners at Kudos and two fantastically supportive broadcasters in Channel 4 and AMC."

Joel Stillerman, President of Original Programming and Development for AMC added “‘Humans' provides a thrilling look at the evolution of technology and its effect on society. The critical response to season two celebrates the creative vision, dynamic story-telling and compelling portrayals shared by the writers, producers and actors. We are pleased to continue our collaboration with Channel 4 and Kudos and look forward to season three."

Humans is written by Sam Vincent and Jonathan Brackley (Humans S1, Spooks: The Greater Good), and based on the award-winning Swedish sci-fi drama “Real Humans” created by Lars Lundstrom and produced by SVT and Matador Film.