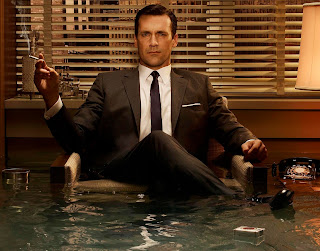 The Manchester based Pilot Light TV Festival announces the line-up for the second edition of their festival, taking place 4th-7th May 2017 at HOME, Gorilla and Manchester Central Library...

Pilot Light TV Festival is dedicated to celebrating the past, present and future of TV and web series from around the world. Festival Director Greg Walker explains ‘Season 2 will bring back the communal television watching experience between fans and industry; featuring exclusive screenings of series old and new from around the world, plus Q&As, panels and workshops with the people behind the series we love so much’.

Whilst Season 1 of the festival predominantly focused on the communal TV watching experience, Season 2 promises to have more valuable panels for those looking to get into serialised storytelling on the screen; with panels on audience building for Web Series, writers room events and a panel on soap writing.

The festival is due to kick off with a very special premiere event which is to be announced soon. Following that on Friday 5th May at HOME will be a special revisiting of the prophetic 1967 reality TV based satire The Year of The Sex Olympics by Nigel Kneale introduced by Kneale’s biographer and journalist Andy Murray. This night will be topped off with a special big screen showing of ‘Smoke Gets in Your Eyes’, the pilot episode of Mad Men which is widely lauded as one of the greatest TV shows in history and celebrates its 10th birthday this year; following the screening a panel of Mad Men experts will assemble to discuss the show and its monumental impact on pop culture and television.

On the Saturday 6th May the festival will be joined by Walter Iuzzolino, curator of Channel 4’s foreign language drama platform Walter Presents. In addition to a ‘Meet Walter’ Q&A where he will discuss curating the platform, Iuzzolino will be bringing exclusive premieres to the festival such as Belgian crime drama Professor T and dramedy Young & Promising which is best described as Norway’s answer to Lena Dunham’s Girls; the three leads of the show Siri Seljeseth, Gine Cornelia Pedersen, Alexandra Gjerpen will also be in attendance for a Q&A. 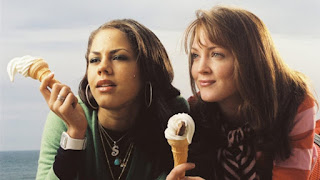 Pilot Light’s penultimate evening will be headlined by revisiting episodes of Katie Baxendale’s BAFTA nominated, international Emmy-winning Lesbian comedy drama Sugar Rush on the big screen. The show follows the self-proclaimed ’15-year-old sexually frustrated virgin lesbian’ Kim Daniel who has just relocated from London to Brighton as she struggles with being madly in love with her straight best friend and trouble maker ‘Sugar’. Following the screening will be a Q&A with Sugar Rush star Olivia Hallinan.

In looking to the future of Television, the festival presents an outstanding, eclectic collection of Web Series programming and Independent TV Pilot’s from around the world. This year’s slate of over 30 shows is split into 5 screening blocks.

New Comedy Heroes looks at emerging future comedy icons on the web and includes shows such as cult hit I Am Tim Helsing and the world premiere of mockumentary Getting Back with Dave Benson Phillips starring the legendary children’s entertainer from the title. Best of the Fests features a selection of award winners from Web Fests around the world such as Berlin, Vancouver, Sicily, Toulouse and Dublin. Life on Film features Web Series that give us a glimpse into the everyday lives of people around the world, ranging from a Newcastle Chinese Takeaway in Jade Dragon to an Israeli hairdresser in Hani’s Barber Shop. Web Series Shuffle represents the diverse world of web series content with shows such as hard hitting Lebanese documentary Zyara to craft ale comedy Brewstars. The final slot is an Independent TV Pilot Showcase and features the world premiere of comedy Life in Black starring Liam Neeson, German supernatural thriller The Hum, tellofilms' Skirtchasers, the world premiere of Luca Vecchi’s Hooked from Italy and many more. 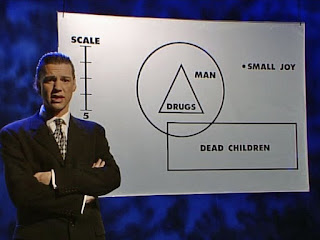 The full line up can be found at www.pilotlightfestival.co.uk