Adaptations Day - Adapt Or Die: Kill Me Now Then 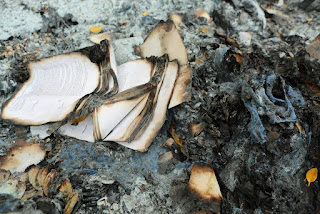 Marc Nash looks at why literary fiction novels SHOULDN'T be adapted for film...


Whenever I can, I steer clear of film adaptations of books. Which if you take to its logical conclusion means I never go to the cinema, since most books have their film rights optioned before they are published and a good deal of these actually see the backlight of a film projector. Now obviously I do visit the cinema, but I still believe there are many novels that should never be turned into movies.

Why do I say that some books are okay to be filmed but not others? Firstly we can rule a whole swathe of novels into the ‘filmable', for those novels that mainly tell a story, spin a yarn, lend themselves perfectly to the camera. Cormac McCarthy’s works springs to mind. But those novels that are more literary should remain unsullied by celluloid. What do I mean by ‘literary’? Well, those novels that are non-visual because they are essentially interior, that is the world is inside the character’s head, not an externally viewed one. These worlds are constructed through words, rather than images. Language is utterly essential to this, words working and sparking off other words. An example would be David Peace’s stupendous novel “The Damned United” which is one of the best studies of inside a human mind ever rendered in art; the film however was risible, jettisoning all the interiority of the character because it was produced through words rather than gesture and expression by an actor, even when it’s a fine actor like Michael Sheen. The film was reduced to a limp sequence of events, which in the book were the catalyst for compelling, extended riffs as the man’s mind ricocheted with anxiety or fury, or whatever his reaction to the events was. The voice of the character was entirely transmitted through his language, but the manic use of repetition and circularity of thought would not have sat well with a cinema audience used to driving action and forward progress of a film narrative.

Then there are some books that are just unfilmable because they are so wide-ranging and freewheeling in their narratives. William Burroughs' "Naked Lunch" and Laurence Sterne's "Tristram Shandy" being two such. To me a film director's assault on these great texts smack of hubris; they've been told that they are unfilmable, but they're going to try and rise to the challenge and make their movie anyway. The film versions of both sought framing devices to try and navigate a way through these difficult texts; "Naked Lunch" had the author Burroughs himself as character in the film, which kept jolting the narrative out of the fiction it was supposed to be portraying. "A Cock And Bull Story" used the device of actors playing a movie director and actors trying to film "Tristram Shandy" as some sort of comment about the layers of distancing the narrative that was already opaque (the original eighteenth century novel itself prefigures post modern literary techniques, of unreliable narrator- who doesn't even get born until Book 3; of insertion and rearranging another writer's text- a technique Burroughs also used; parody and literary and philosophical allusion). In my opinion, both films failed lamentably and only boosted the notion that these novels are indeed unfilmable and accordingly ought to remain unfilmed.

Novels make demands of the reader's imagination in a wholly different way to film. Because film is a visual medium and the visual is, for better or for worse, mankind's dominant sense, (and increasingly so in a digital age as everything is mediated through a screen), visualising what formerly only existed in the reader's imagination does I think, diminish the artistry of what the books achieve. The remote relationship between a reader and an absent author, takes place through the words on the page. That's why there is such latitude for the reader's own interpretation to occur. The reader only has the words and his or her own interpretation of them. A film closes off too many of the options, bringing the director's interpretation to the script. Of course it is still perfectly possible for a film to leave much to the viewer's imagination. But faithful adaptations tend not to. The director and scriptwriters have each already played the role of reader, stamped their own interpretations of the book on the shooting script, so it enshrines an additional singularity of interpretation before the cinema audience sit down to watch the movie.

There is also a question of when does a film stop being an adaptation and become 'based' on a particular book. The entire spectrum from faithful adaptations, through loose adaptations, to ‘inspired by’ a book exists. I cannot see the point of faithful adaptations. I don't believe that a film can bring the book to life any more than the book itself has done if it is sticking closely to the original. Loose adaptations and 'based on' or 'inspired by' can do so, as they make a genuinely new work of art from that of the original book. That is the book may serve as a launch pad for a whole new artistic work. "Apocalypse Now" I believe is an example of just this. It's not merely Joseph Conrad's "Heart Of Darkness" updated and transferred from colonial Africa to the Vietnam War. It is wholly a vibrant, creative piece of art in its own right and one that acknowledges its literary sources of Conrad and TS Eliot in what is actually rather a literary film.

While some authors may well have the film version in mind as they write, (again Cormac McCarthy stand up and take a bow?), I think it's lazy of scriptwriters, or more likely film executives, in their relentless casting around for fresh celluloid 'meat', to settle on a novel to bump up their quota of ideas to pitch. In the same way that novels are written for the artistic medium and narrative form of literature, films really should develop their own inhouse filmic language right down to the level of an original script (and if you cast around for the number of books that have been written on film theory, then you will conclude that there is a definitively unique filmic language that demands writing devoted to its medium). Film does so many things better than novels, particularly in telling a certain type of story, that it should stick to ploughing that rich furrow. Time is manipulated differently in a film through editing than it is in books. Mis en scene is different to the written metaphor, no matter how visual that prose metaphor is. And so on.

I can see an argument for film versions of the classics to introduce new generations to them and encourage an interest in these great works of literature. When I was growing up, there were costume drama adaptations of classic works of the likes of Austen and Forster, while Orson Welles and Laurence Olivier between them covered most, if not all of Shakespeare’s plays for cinema audiences. But did they make me go back and read the originals, no they did not. This is even less likely today in our visual-dominant culture.

I may be a Puritan when I say literature is literature and film is film. And I'm sure I'm in a very small minority in maintaining this. Would I prevent my books being adapted for film, given the considerably larger sums of remuneration that come with celluloid than print? Well yes, I would. I write novels of interiority, works that revolve around language and which I would confidently expect to fail miserably to translate to film, unless they were so mutated that they no longer resembled the original. When you have material as a writer, you have to find the medium that best suits it. If the material is best suited to celluloid, then write a film script not a novel. Cormac McCarthy should probably cut out the middlemen of publishing and move to Hollywood.

Marc Nash is a superb author and you can buy his 'not to be adapted' books here.