Adaptations Day - What If? The Outsiders 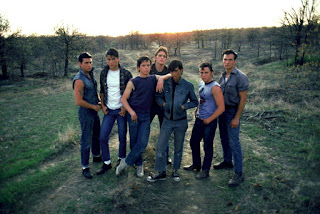 Steve Taylor-Bryant picks a whole new cast and a new director to remake an adaptation that means a lot to him. What If? – The Outsiders...

Adaptation of an adaptation, or What If I remake The Outsiders? for short, stemmed from a conversation I had whilst ironing. I was rewatching Francis Ford Coppola's gang epic for my other article when my wife asked me how well known the uber famous cast were at the time. Well, C. Thomas Howell had been in a TV movie and had a small part in E.T. Ralph Macchio had done very little before The Outsiders and as we know then became The Karate Kid and an experiment in anti ageing that means he's still 15 and not at all the 55 he should be. Matt Dillon had been in a few straight to VHS films but nothing major, Tom Cruise had only made TAPS and Endless Love by this time, Rob Lowe had been in a couple of short lived television shows, Emilio Estevez was still only famous for being Charlie Sheen's brother, and Diane Lane was just practising being my teenage crush. In fact only the late, great Patrick Swayze could maybe claim any kind of pre-Outsiders fame and that's only because he'd been in an episode of M.A.S.H. However jump forward to today and you know all of them, between them they have five Academy Award nominations and countless Golden Globe and Emmy nominations and wins. This was Hollywood's golden era, stars just starting out who would all go on to bigger and better things. At the time though? In 1983? You'd be lucky to find anyone who knew who they were. So then my wife asked me who I would cast and so down the "What If?" Rabbit hole I go again.


Do I cast with modern comparisons? Should my Tom Cruise pick be someone as famous as he is now or am I picking stars that show undoubted talent but maybe aren't household names yet? The latter I think. So then I have to find seven male and one female star to fill my main eight roles. I have to believe that A- they can fill the role, and B- I believe they will go onto relative success (or at least get to take part in the experiment that Ralph Macchio underwent). That's hard but I think I've managed. 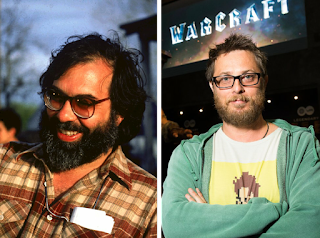 Before I get there though I need to pick a director that can encompass many things. Francis Ford Coppola is an icon in filmmaking, his shots and films were beautiful, even in his violent filmic moments there was an elegance you could admire. He also showed a great sense of family in his films. Not necessarily a happy bunch of children around the dinner table with loving parents, but there is definitely a sense of belonging and community in his work, The Outsiders and The Godfather are perfect examples of this. He is up there with Kubrick, Stone, Eastwood, and Gilliam in my list of all time greats so you can see how seriously I'm taking my choice of director for a work that holds a special place in my pop culture heart. Step forward Duncan Jones. Jones is rapidly becoming my favourite young director and I honestly believe if his next few films hold up like Moon, like Source Code, include me in something that I'm not familiar or comfortable with like Warcraft, and bring the excitement I feel about the forthcoming Mute, then he will be spoken of by serious scholars of cinema and wannabe hacks like me in the same breath as Kubrick et al. His eye for character, his ability to hold your interest, his experience of telling a story and showing action make him perfectly suited to step into Coppola's shoes.

[Side note – Francis Ford Coppola only made The Outsiders after being petitioned by a school in California. They had studied the book in class and decided that The Godfather director was their choice of filmmaker to bring the novel to life. This is what I have done here, however petitions are massively overused now so how about we pretend that because Coppola listened to those kids all those years ago that Duncan Jones has to listen to me now? We can call it Coppola’s Law and all tweet the link to this article to Mr. Jones on @manmademoon until he gives in and agrees to do it. Marvellous, and when I get out of prison for asking the entire internet to spam a famous film director I’ll get to see how we got on] 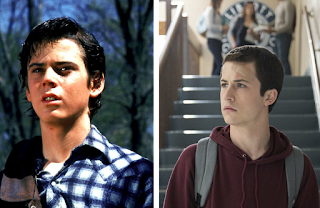 Pony Boy is the glue that holds the story together, the one point around which everything revolves and C. Thomas Howell did an amazing job for one so young and inexperienced at the time. My choice of Dylan Minette to take on this essential role is based in my belief that when you look at all the work in his remarkable back catalogue so far you can see that he feels no burden, he carries roles and storylines in a natural way. From his role as Clay in Saving Grace through the appearances in things like Law and Order and Lie to Me, to films with established stars like Prisoners with Jake Gyllenhaal and Hugh Jackman, Minnette has always managed to look the part he's playing and allow others to work off him in a way that seems effortless. 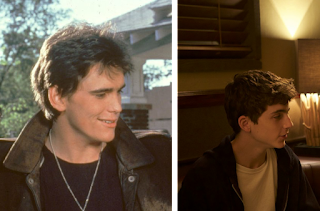 Chalamet is another with an impressive catalogue of work for one so young but has a presence about him and a twinkle in his eye that to me just smacks of mischievousness. I believe he could be the tough guy, insulting the Soc’s girl, drinking all night, but then be the one that helps hide Pony Boy and Johnny when the real tragedy happens. 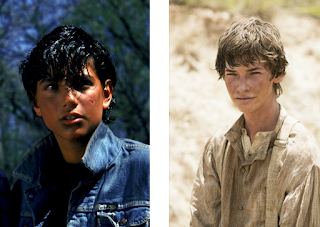 Whilst Ralph Macchio still looks incredibly young he has always been older than people imagine (experiments I tell thee!) and Lofland is another that looks younger than his 20 years would suggest. He has undoubted talent, watch Mud or Free State of Jones and you'll realise I am right. I trust him to be the right levels of sad, happy, betrayed, frightened, and finally insightful that you would have to carry out to play Johnny. In many ways without Johnny you don’t elevate Pony Boy and so The Outsiders doesn’t work, but I have faith I found the right cast in this regard. 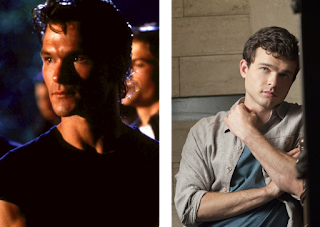 Not in it for much, must be moody most of time, loving and relieved for a small snippet of the film, and then moody again followed by violent right at the end when the rumble occurs. Cannot think of anyone I’d rather have play Patrick Swayze than Harrison Ford so lets just go get the new Harrison Ford. Worked for Disney. 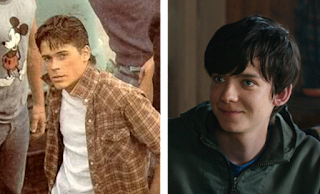 Soda Pop is another that doesn’t share as much screen time as maybe Johnny and Pony Boy do, but as the middle brother to the younger Pony and the older Darrel, Soda Pop was vital in the family dynamic. His love and understanding of Pony Boy, his frustration at Darrel for always putting him in a position where he would have to take sides was magnificently played out by Lowe and I think Butterfield has the ability to hold the screen without being the lead like Rob Lowe did back then. Butterfield really impressed me in The Boy in the Striped Pyjamas and I think as Soda Pop hell get that dynamic spot on and perhaps even raise the profile of the character slightly. 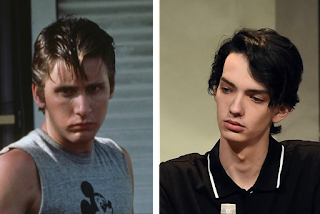 Kodi Smit McPhee is an impressive actor. More so than maybe Estevez has ever been, although I really admire Estevez behind the camera so he has that going for him. In The Outsiders Two-Bit had a particular look and a strange penchant for Mickey Mouse cartoons and I’d like that weirdness brought to the fore a bit more and firmly trust McPhee to make the character his own. 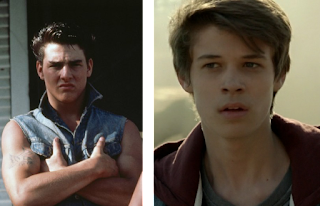 Steve was the hardest character to cast for the reason that he doesn’t really do anything in the film and yet I clearly remember Tom Cruise’s performance. I think it was that Cruise mannerism thing, and the line where you truly have to actually look at him “My nose, look what he did to my nose” that makes his performance seep into the subcontious. I don’t to cast a young man I have a lot of time for just to fill a role so whilst the part is small I still want someone to have that small impact like Cruise had back in the day. Step forward young Sam Winchester from Supernatural, Colin Ford. 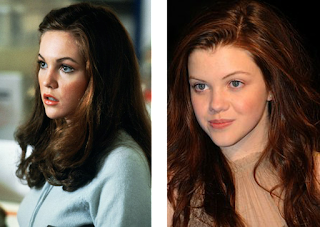 Diane Lane brought a humanity to the role of Cherry that would easily have been lost in less skilled hands. Much like my choice of Minnette for Pony Boy I need to find someone that makes the work look effortless like Lane has done her entire career. You have to have some natural beauty obviously, but there needs to be a deep seated kindness and willingness to do the right thing that can come out in the performance of Cherry. Georgie Henley would be perfect as Cherry. She has the look I am after, very similar to how Diane Lane looked back then but brings an innocence you would find believable purely because her back catalogue is pretty much The Chronicles of Narnia. How fitting that a star who has played a huge part in the cinematic bringing to life of important children's books will get to be part of the recreation of possibly one of the most important Young Adult books of all time.

So there we have it, a perfect cast and a perfect director to remake a perfect film that was adapted from a perfect book. Perfect. I am now off to get quotes for legal representation for the day when Duncan Jones blames me for breaking his Twitter.