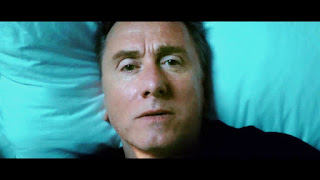 From Kudos, the makers of Broadchurch and Humans, Rowan Joffe’s entertaining and provocative ten-part drama is an epic revenge-fuelled ride that brings a whole new meaning to the term law enforcement. The show is coming soon to Sky Atlantic and TV streaming service NOW TV.

After starting a new life with his beloved wife and children in the peace and quiet of the remote Rocky Mountains, police chief Jim Worth (BAFTA award winner Tim Roth) finally feels he has found the life he was searching for.

However, the tranquillity is short-lived as the arrival of huge numbers of workers from a new oil refinery leads to a wave of drugs, prostitution and organised crime. Shockingly, this coincides with the horrific murder of one of Jim's family. His obsessive quest to find the truth behind this mysterious killing drives a revelatory story about love, corruption, grief and the all-consuming nature of revenge. Reigniting behaviour from his dark past, his journey leads to a personal battle with a long-buried demon that will not just defeat his enemies but threatens to destroy those he loves most.

Rowan Joffe commented: “As a movie screenwriter I saw Tin Star as an opportunity to author an epic piece of cinema in the long-form series format. This means vast landscapes, classic themes, complex characters on dangerous journeys - and performances of the highest calibre.”