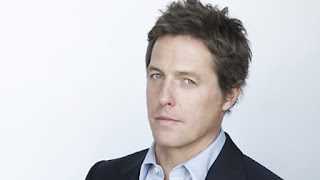 Hugh Grant is to return to British television screens for the first time since the early 1990s...

He will play the disgraced MP Jeremy Thorpe, who in 1979 was tried but acquitted of conspiring to murder his ex-lover Norman Scott. The 3 one-hour long episodes production is written by Russell T Davies and directed by Stephen Frears.

A Very English Scandal is the shocking true story of the first British politician to stand trial for conspiracy and incitement to murder. It is the late 1960s, homosexuality has only just been decriminalised, and Jeremy Thorpe, the leader of the Liberal party and the youngest leader of any British political party in a hundred years, has a secret he's desperate to hide. As long as his ex-lover Norman Scott is around, Thorpe's brilliant career is at risk. Thorpe schemes and deceives - until he can see only one way to silence Scott for good. The trial of Jeremy Thorpe changed society forever, illuminating the darkest secrets of the Establishment. The Thorpe affair revealed such breath-taking deceit and corruption that, at the time, hardly anyone dared believe it could be true.

Grant is best known for his roles in Four Weddings and a Funeral, Notting Hill, Bridget Jones’s Diary and About A Boy. Grant made his big screen debut in Privileged by director Michael Hoffman but his breakthrough came with the leading role as Charles in Four Weddings And A Funeral opposite Andie MacDowell, for which he won a Golden Globe Award and Bafta Film Award for Best Actor.

Grant recently starred in the critically-acclaimed Florence Foster Jenkins (directed by Stephen Frears) for which he earned Golden Globe, Bafta and Screen Actors Guild nominations. He is represented by Beth Swofford at CAA.

A Very English Scandal is based on the bestselling book by the author and former Arts Editor of the Evening Standard and Sunday Telegraph John Preston. Written by the Bafta Award-winning writer of Doctor Who Russell T Davies and directed by Academy Award nominee and BAFTA winner Stephen Frears, the BBC One three-part drama is executive produced by Dominic Treadwell-Collins, Graham Broadbent and Pete Czernin for Blueprint Television and Lucy Richer for the BBC.

The drama was commissioned by Piers Wenger, Controller of BBC Drama, and Charlotte Moore, Director of BBC Content.

Treadwell-Collins says: “Hugh is one our most iconic British actors - sharp, witty, deeply human and nuanced - and to have him play one of the most controversial figures of British politics is utterly thrilling. With Russell T Davies writing and Stephen Frears directing, A Very English Scandal unites the highest level of talent to bring this extraordinary true story to life.”

Piers Wenger says: “Hugh Grant is an extraordinary actor and a worldwide star. I'm delighted that he is joining the BBC One family and I can't wait to see how he applies his unique talent bringing to life this mercurial role."