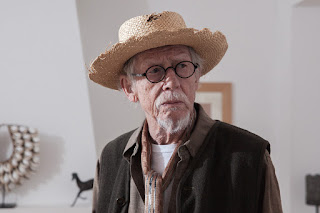 John Hurt fans prepare for a ‘poignant premiere’ at EIFF 2017 with The Good Night...

The late Sir John Hurt’s last leading performance in a feature film is to receive its first ever screening  at the Edinburgh International Film Festival this week (21 June to 2 July, 2017).

That Good Night, which takes its name from the Dylan Thomas poem (Do Not Go Gentle Into That Good Night), is to be presented in a World Premiere as well as being featured within the Festival’s Best of British showcase.

In the film, which co-stars Charles Dance, Sofia Helin, Max Brown and Erin Richards, Hurt plays Ralph, a once famous writer who is terminally ill and wants to be reconciled with his long-abandoned son as well as taking control of his own departure from this world. 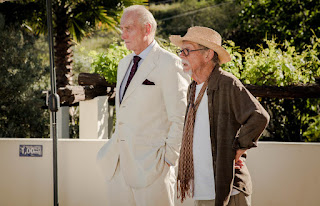 That Good Night was filmed in Portugal last year when Hurt was in remission from pancreatic cancer. It was one of several film projects he worked on in his final year but the last film in which he played the leading role.

Producer Alan Latham, Managing Director of GSP Studios, said: “John embraced the story and the character fully with a great deal of private passion, determination and vigour. He was the first to arrive on set and usually the last actor to leave after swapping stories with the crew and he gave nothing away about his health; he was the consummate professional in every way.”

In the film, Hurt’s character Ralph is seeking reconciliation with his son and his wife as he attempts to procure a painless end to life with the help of a mysterious man from a Dignitas-style organisation called ‘The Society’.

Alan Latham added: “That Good Night serves as a lasting tribute to a great actor we all miss dearly and it’s first screening in Edinburgh promises to be a poignant premiere, particularly for those of us who were lucky enough to work with him. It is an amazing performance from an amazing man.”

That Good Night has been nominated for the Michael Powell Award for Best British Feature Film at EIFF 2017and the World Premiere screening of the film will take place on Thursday 22nd June with a further screening on Saturday 24th. Book your tickets here.