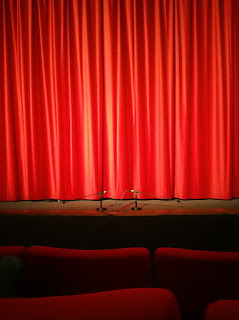 Off the back of Edinburgh Film Festival, the Filmhouse cinema in Edinburgh has announced the launch of House Guests...

House Guests is a new guest programming initiative which will see a range of Scotland’s leading lights across music, writing, film, and the arts converge on Filmhouse over the coming years.

The project will see each invited House Guests curate a small programme of films, which have been important in their life and work, to be screened at Filmhouse. The series kicked off on Saturday 1 July during Edinburgh International Film Festival (EIFF), with renowned crime writer Ian Rankin introducing a special screening of Reichenbach Falls. Rankin’s selection of gripping crime dramas will run through July and August.

Head of Programming at Filmhouse, Rod White said: “Filmhouse is strongly aware of cinema's capacity to inform and inspire artistic work across many art forms. Our goal with House Guests is to give an informal platform for practitioners in a wide range of fields, to share with an audience those films that have in some way helped them develop their own artistic vision. In so doing we hope to broaden the audience for artistically serious cinema, while also fostering conversation between film audiences and leading artistic practitioners in Scotland. We believe that many people across Scottish arts and letters have something important to say about cinema, and we’d like to include their voices in our programme.”

Ground-breaking Edinburgh-based band Young Fathers are confirmed as the second house guest, and are set to present a diverse programme of inspiring cinema later in 2017.

The new year will kick off with a series of films selected by acclaimed playwright and actor Jo Clifford, followed by a film selection from leading jazz musician Tommy Smith, who has just performed to rapturous reception at EIFF alongside Tam Dean Burn and the Scottish National Jazz Orchestra.

The House Guests project is open ended. Filmhouse will announce additional house guests on a rolling basis over the coming months.

For more information or to purchase tickets visit www.filmhousecinema.com.
Email ThisBlogThis!Share to TwitterShare to Facebook