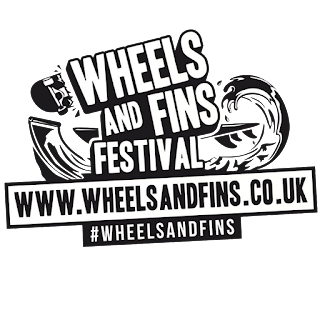 Kent’s first ever Wheels and Fins International Film Festival is all set for its inaugural year at the Palace Cinema in Broadstairs on August 19th...

Kent’s premiere surfing destination, Joss Bay, has hosted the Wheels and Fins Festival on its beaches for many years and this year, for the first time, on top of action sports surf, music and soapbox racing it adds a unique film festival.

The Wheels and Fins International Film Festival is the first Action Sports focused film festival in the area and has had submissions from 13 different countries spanning across 5 continents. Wheels and Fins was recently named in the top 7 surf festivals in Europe and, with it, brings a pedigree that has been reflected in this year’s film selection.

Judging the competition this year is an eclectic group of high achievers and social influencers in the film world. Raindance Winner Marc Price leads the team along with film critic Maxwell Hubbard, Simon Ward from the Independent Cinema Office (and Palace Cinema), director Dom Bridges and Festival Organiser Dave Melmoth.

Melmoth said "We're so stoked to be hosting our first action sports film festival this year. This has been an incredible addition to the Wheels and Fins brand and a rad opportunity to work with the
guys from Bou Mou Productions. The festival is dedicated to providing its audience with world class action sports and film is the perfect platform to do this. It allows us to be able to support and showcase the global surf and action sports community with the great people of Kent. Better still we get to support a locally run, independent cinema by the sea. It's a win win!!"

The film festival will be hosted at the Palace Cinema in Broadstairs, a truly independent cinema run by Simon and Corinna Downing and powered by local boutique production company and creative agency Bou Mou Productions run by husband and wife team Mark and Charlotte Bousfield. The Festival Programme will be announced soon. Find out more on the festival website.