We all know that Ben Affleck was born to play Batman (shut up – yes, we do). He encompasses everything I want in a big-screen Batman anyway, managing to portray both the billionaire Bruce Wayne and the caped crusader with a balanced brokenness that has not been achieved before. Bale was definitely the Bat but not at all the man, Clooney had the smooth rich guy aspect who did the whole Bat thing for shiggles* but not the darkness, not the broken soul out for revenge and Val Kilmer’s portrayal, although it was fun and probably a lot better than he actually gets general credit for, just didn’t tick the boxes for me. No, the closest for me, pre-Batfleck, was Michael Keaton who, if you think about it, is a very similar actor to Affleck in a lot of ways.

Ben Affleck has also proved his worth behind the camera as a writer, producer and director and can count the likes of Argo, which he produced and directed, and Good Will Hunting, which he wrote as well as starring in (yes, really), in his portfolio. It’s when you look at his acting career that you find he’s made some, shall we say, dubious choices, often falling into the trap of being thought of as a puffball romantic lead, of which Armageddon is probably the best (and a guilty pleasure film of mine) or being associated with films that have totally bombed with the critics for whatever reason. Because of this implied typecasting it seemed to be difficult for him to be taken seriously in any other role but, in amongst the trash there is always a nugget or two of treasure so, while I await my next fix of Batfleck with the reboot movie and the two Justice League films, as well as waiting to see what he does with his role in The Accountant sequel that has newly been announced, I give you, in time honoured reverse order, my Top Five Ben Affleck films, PB (Pre-Batfleck): 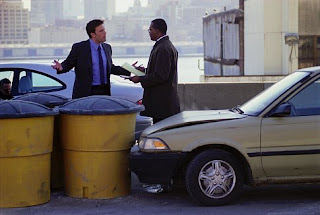 The story of what happens one day in New York when a young lawyer and a businessman share a small automobile accident on F.D.R. Drive and their mutual road rage escalates into a feud. 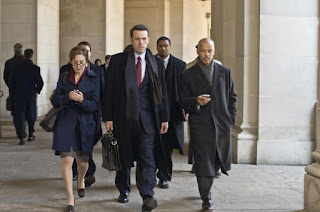 When a congressional aide is killed, a Washington D.C. journalist starts investigating the case involving the congressman, his old college friend.

Rep. Stephen Collins: You're just seeking the truth. You're a truth seeker. You can't help it, that is just who you are. You're such a hypocrite. You're not interested in me. You come in here, it's all about you and you getting your story. I trusted you. You're my friend! You were supposed to be my friend anyway. 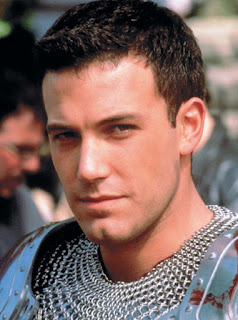 An abortion clinic worker with a special heritage is called upon to save the existence of humanity from being negated by two renegade angels trying to exploit a loop-hole and re-enter Heaven.

Bartleby: I'm going to have to start off by apologizing for my friend, he has a penchant for the dramatic.

Acting under the cover of a Hollywood producer scouting a location for a science fiction film, a CIA agent launches a dangerous operation to rescue six Americans in Tehran during the U.S. hostage crisis in Iran in 1980.

Tony Mendez: The only way this works is if you believe that you're these people so much that you dream like them. 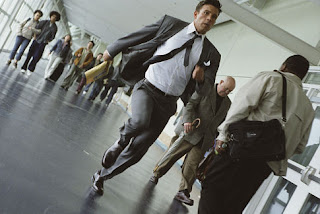 What seemed like a breezy idea for an engineer to net him millions of dollars, leaves him on the run for his life and piecing together why he's being chased.

Michael Jennings: If you show someone their future, they have no future.

So there you have it - not everything Affleck did was Pearl Harbour or Gigli. But I've probably missed a few obvious ones, I realise everyone in the office will give me (figurative and literal) Hell for not having Dogma top of the list and I know there's several films Ben Affleck has done that I've not watched yet so if you have any suggestions for the ones I should consider for the list let us know in the comments.

*I credit our Defective Inspector for adding the word "shiggles" to my vocabulary last year. It is still in regular use.