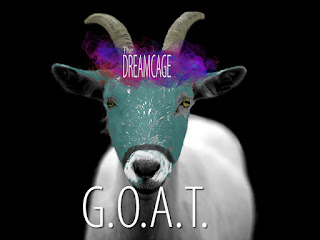 On Monday, we had Nate's Draft Pick, his choices for the top 4 Greatest Of All Time movies based on US Sports in 4 different categories. Today we let Steve Taylor-Bryant out of the Sin Bin to give us his (Definitive?) suggestions...

We love a debate here at The DreamCage HQ but you'll not normally find Nate McKenzie and I arguing because Nate knows on which side his bread is buttered and because of that we tend to agree on most things. However one day I invited myself to join one of his social media conversations with someone else, it's not interrupting if you're right, about sports films and now here we are at odds with each other, our colleagues are hiding in cupboards and crying, and food is flying everywhere.

You see Nate is afflicted with being an American, he can't help it and to be honest he's becoming more British by the day, but he thinks he has a Star spangled right to say what is a great film about US sports and what isn't. I'm an Englishman but I was raised in Germany on a military camp that contained lots of Americans and so grew up playing short stop on the school’s baseball team, being laughed at for basketball skills, and being told I was too small to be a line-backer, see I'm practically American myself. I know my US sports well, I know my US sports films and I know my choices for sport based films are better than Nate's.

To end this food fight and to let the team go home, shower, hug their families and, apparently, call the authorities, we decided we would anonymously put our four choices from four genres of film to the prisoners/colleagues to get a vote. Once they've picked each film we'll end up with a final four that you guys can vote on (and win stuff) on Friday to see who is champion really.

The sections of voting are American Football (rugby with pads, Dad), baseball (rounders, Mum), basketball (netball, Sis), and Other which can contain Ice Hockey, Golf etc. Below are my demands... er... suggestions for our top 4 in each section and a few words on the lucky losers. Our guys here at HQ are ignoring the police helicopter and selecting their choices from both my list and Nate's list and we'll be back with a Twitter poll and DVD prize pack on Friday when our winner (me) gets his championship ring. 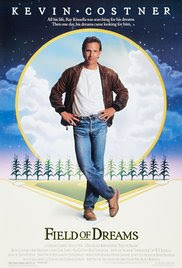 A League of Their Own
The Natural
Trouble with the Curve

Field of Dreams is not just the best Baseball film ever, it is one of the greatest films of all time. A perfect story perfectly told and perfectly cast. Outside of Field of Dreams the ‘field’ is pretty open for Baseball films as they are pretty much all good for one reason or another. Nate has done well in this section as he has agreed with me. Who’s a good boy? Nate is. 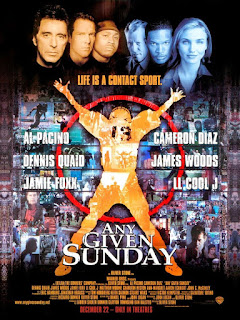 Any Given Sunday
The Replacements
Draft Day
Code Breakers

Remember the Titans
Rudy
All the Right Moves

There is a lot to like in American Football films but anyone who thinks Rudy is better than Any Given Sunday is foolish. A secret for you all – Nate picked Rudy because his girlfriend told him to, that’s fine we all want to please our women and at least he didn’t try to argue that the Care Bears film was all about teamwork and plump for that one. Football films should be about bravado, ego, taking hits, or they should be about an underdog coming good in the true spirit of The American Dream, they should never be picked because you are henpecked at home. Shame on you Nate, shame on you sir. 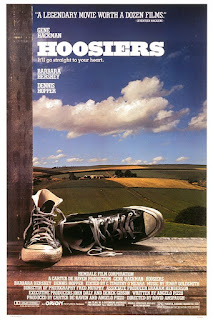 Oh look, another section where Nate has agreed with me, see he’d be joint winner so far if he hadn’t of tried to please his girlfriend. Hoosiers is a superb film but most basketball films are. Considering it’s my least favourite of America’s bastardisation of British pastimes, I do love me a basketball film. I included The Basketball Diaries in my honourable mentions, Nate makes an okay point (that probably came from his girlfriend) about there being too much ‘outside’ stuff making it non-sports but I’m not held hostage to his girlfriend’s whims as he is. 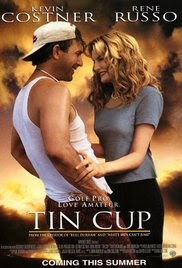 Other or “proper sports”

I didn’t understand Nate’s comment about the U.S.A. in the Olympics? Someone explain to me how failing drug tests or getting beaten at running in a straight line by a man from an island with a population of 27 is good? Anyway… It’s all about Tin Cup. If you don’t like Tin Cup you should see a doctor as something is clearly wrong with you. Also reference Raging Bull – meh.

So, Field of Dreams or Any Given Sunday? Hoosiers or Tin Cup? Those are your sensible and well thought out titles to choose from, or you can vote for Mrs Nate and help him win back his testicles.

Come back on Friday to see what the team (once they have been freed from the stationery cupboard and got the food out of the photocopier) have chosen for your Final Four US Sports Movies will be as we "Put The GOAT to the Twitter Vote!"