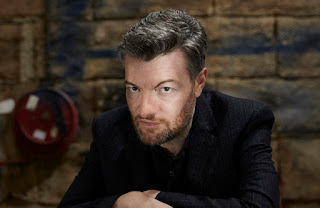 Netflix release a teaser trailer for Season 4 of Black Mirror...


And season 4 looks to be no less varied than before, with subjects from space-spoof to rocky relationships and a promise of “unpleasantness” as an over-arching theme. It’s not all going to be bleak portents of doom though. “We've got one that's overtly comic, much more overtly comic than anything we've done,” Brooker said. “It's got fairly mainstream comic elements, but also some really unpleasant stuff that happens.” OK, maybe just mostly bleak portents of doom then but that's really all we know about the plotlines.

As with the previous seasons, all the episodes are written by Charlie Brooker, however the USS Callister episode (which looks suitably Star Trek) has been co-written by William Bridges who was also responsible for season 3’s “Shut Up and Dance” episode. As well as the usual star studded casts, there are also some big names behind the camera this season as each episode has a guest director, including Jodie Foster. "Netflix got in touch with her,” Brooker explained. “She's done episodes of Orange Is The New Black before, and they spoke to her and sent her our script, and within a week of that we were Skyping. It was a bit odd, to be Skyping with Jodie Foster.” He added that the episode has “got the tone of an indie movie, an indie drama.”

Here’s what we know about the titles, cast and crew for each of the episodes in details released over the weekend at Edinburgh International TV Festival.

Watch the teaser and we'll bring you a premiere date as soon as we have it.