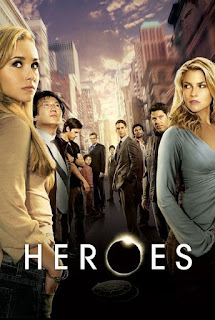 Heroes' Season 3 tagline proclaimed that Good Will Battle Evil. In a two-part article, Kraig Taylor-Bryant looks at what worked (the Good) and what didn't (the Evil) in the show's penultimate Season. This week, the evil (with spoilers)...

So the question you may be asking is why I am writing a review on Heroes season 3 as opposed to doing a season 1 review or a review of every season in general. Well, as some of you may or may not know, season 3 is sort of the time that the show started to supposedly “go down hill.” This is why out of my own curiosity, I started watching season 3 after buying the complete box set recently (I had watched the previous two seasons as I have had those seasons on DVD for a while). To my surprise, the show did not seem too bad to me, at least to begin with. So I am going to (attempt to) narrow down the pros and cons of the TV series Heroes at the time of season 3 to the ones that I believe are the most important to discuss. To do so, I will need to write this in two separate articles simply because I have too many points for both the good and bad aspects of the season.

In case you are unfamiliar with the show, here is a synopsis of the series itself from imdb:

“People all over the U.S start to realize they have special abilities, like telekinesis, healing abilities, flying powers, time travel, invisibility, and the ability to absorb other's abilities. One man, known as Sylar, wants to gain all the power of these "heroes" so he can be the most powerful and evolved human of all, and stops at nothing to gruesomely kill these people. In order to protect themselves from him, these people must help one another before Sylar can destroy them all, while they each deal with problems of their own.”

I will also try to summarise Season 3 without going into the plot of all of the seasons as I do not want to bore people. So the plot of this season begins to follow a number of events affecting different characters... in short, the people writing this series didn’t really have a clear idea of what they were doing but there were still a few moments in the season that made me smile. The opening of the plot follows Mohinder Soresh (Sendhil Ramamurthy), an Indian geneticist intrigued by the paranormal, becoming affected by a virus injected in himself and winds up working for Peter and Nathan Petrelli’s recently resurrected father, Arthur who winds up getting killed fairly early himself, leading eventually to Nathan (Adrian Pasdar,) a New York City lawyer-turned-senator with the power of self-propelled flight, taking over his father's plan of controlling those with abilities. This then leads to Sylar (Zachary Quinto) to eventually continue his killing spree again, which, not to spoil the next article, I quite enjoyed.

So let's take a look at some of the issues that I have with this season in (sort of) chronological order. To start with, the biggest problem I had with the season at the start was the death of Adam Monroe (the main bad guy in Season 2, played by David Anders), I honestly felt that if he were to have been brought back, it should have been done so with a better purpose than to just find an excuse to bring back a dead character, this brings me to my next point. Nathan and Peter’s father returning as the villain seemed absolutely ridiculous to me as not only did he seem like overkill, but it makes us instantly realise that Nathan and Peter’s father is nothing like we are made to believe he is from their mothers description in season 1. He is portrayed as a depressed old man who killed himself which makes it seem like he was an average man who simply couldn’t cope anymore with something or another, which could have been his opening into the story if they wanted to go this way in showing the audience what he looked like, through flashbacks. The fact that we also find out that this is not even what happened to Peter and Nathans father, makes us realise that Angela Patrelli (the mother) is constantly lying and it almost makes us lack trust in her completely, she seems a lot like Noah Bennet, a parent that keeps lying when it would be so much simpler to just tell their children the truth. 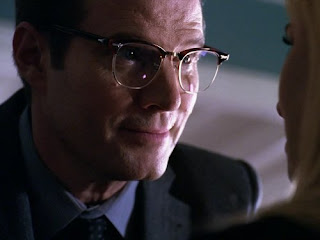 This brings me to my points on Noah Bennet (Jack Coleman,) an agent tasked with rooting out those with super powers, who, after reviewing my points, I have come to the conclusion that to me, it would have been so much simpler and less anticlimactic if in season 2 of Heroes, Noah Bennet just died then. I say this because we don’t really get much else from his character in season 3 that we didn’t already see in season 2. We saw an over protective father with a desire to kill Sylar but I also feel like those who wrote this season attempted to dig deeper into his character and his working for the company, but simply just ended up contradicting themselves. This is due to the fact that we see Noah Bennet in almost all of his previous flashbacks without any glasses on and when we see the flashback in which Clare is helping him choose his glasses, we are led to believe that this is him picking his first pair of glasses, of course this isn’t a big deal but it’s a point that will continue to bug me if I don’t mention it. Speaking of contradicting backstories, let's talk about Chandra Suresh, Mohinder's father.

So, in the flashbacks before this season, we are shown through both flashbacks and his book, that Chandra Suresh (played by Erick Avari) was light skinned (not meaning this in a racist way) and balding when he died, however, in the flashback we are shown in season 3, Chandra (now played by Ravi Kapoor) looks completely different! It's as if the creators completely forgot the flashbacks they did on Mohinder’s father in the first season! So, that’s out in the open, (yes that’s the only criticism I really have for Chandra) we turn to his son Mohinder.

In season 3 of Heroes, we first see Mohinder wanting to take a drug that will supposedly give him abilities, as he suddenly has some overwhelming urge to kill Sylar and he is at the point of wanting to take matters into his own hands after not doing so for two previous seasons. When he takes this drug, he starts to become some kind of psychopath himself! He starts fighting people and creating some kind of nest, this almost makes you wonder if he is in fact going to be the villain of this season. We then later in the season see him as his usual self, simply trying to find a cure in his own sane mind which seems a bit odd in itself, leading him to then find a cure of sorts anyway from some random chemical that fell on the floor. Not only does this fix his problem, but he keeps his abilities he also inherited (enhanced strength etc)! It almost seems like his side of the plot was irrelevant to the bigger plot of the series, being dealing with Nathan and then Sylar.

There are also a few other things in the series that do not seem to make any sense, including Matt Parkman (Greg Grunberg) a typical LAPD uniformed beat cop, suddenly picking up the ability to draw the future through a turtle given to him by a guy that could draw the future, similarly to Isaac Mendez’s ability. Not to mention Nathan's sudden change in ideas of imprisoning everyone with abilities because of some rapist in a far off jungle that happens to have an ability. Of course I'm not saying that saving someone from an experience such as this does not justify further action, such as finding people that do such things and stopping them, but this does not mean imprisoning everyone with abilities is the best course of action. 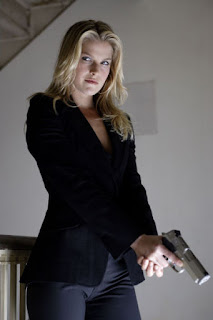 One of the other things I have to mention is the fact that for some reason, they gave the character known as “Niki” (Ali Larter) a sufferer of Dissociative Identity Disorder who displays superhuman strength, being able to literally rip others in half , two sisters (also played by Larter) to have an excuse to keep the actress in the series. Don’t get me wrong, I love her acting, I loved her portrayal of Tracy (She has the ability to freeze anything that she touches), and Niki, I just feel like instead of having her become another person entirely, they could have either had her return for a few flashbacks or possibly have Niki survive the explosion because, to be honest, I never really believed she was dead at the end of season 2.

My final rant of this article is the fact that Nathan was killed in the final action scene of the season. Of course I’m not whining over some dead character (although I kind of am), I also believe, though, it seemed like another cheap excuse to keep an actor/actress in the season by having them play another character, as in the next season we will have someone who seems like Nathan but he will, in fact be Sylar, who, as of this time, thinks he is Nathan. I mean this is one of the cheapest things they could have possibly done to keep Nathan in the story, it would have been so much simpler to have Clare’s blood save him if they really wanted to go in that direction of events. Of course you may wonder why I would not want Clare’s adopted father to survive and want her bio- father to. Well this is simply because I feel as if there is enough of Nathan's personality to keep the audience interested.

Due to the large number of negatives in this article, I feel it is only fair to discuss the positives in a follow-up article next week. I suppose this in itself is enough to make you realise how much this series gives you to think about!