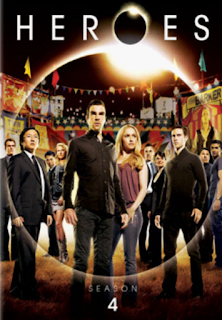 Finding Redemption in a Brave New World, Kraig Taylor-Bryant looks back at the final season of Heroes (spoilers)...

“Heroes gradually lowered the quality season by season till we were grateful it ended,” said the smart fictional character known as Sheldon Cooper. Well it turns out he’s not as smart as I thought as, whilst he may have had a point when it came to how season 3 turned out, season 4 was in fact a pretty good season in my opinion. When I started watching this season it wasn’t particularly engaging, although there was nothing too wrong with it to throw me off watching it, so I followed through and watched it to the end and, to my surprise, it was actually one of my favourite seasons overall.

Before people begin assuming I’m some deranged lunatic for liking season 4, allow me to justify my actions before sentencing me to hateful direct messages (just kidding of course). So the season started off from where season 3 left off, Sylar is “gone” and his body is being used as a place for Nathan's thoughts to live on. However, what I found most interesting at this point was that not all of Nathan's personality traits were there, as we see at the end of season 3, Sylar is still in there somewhere, or at least the person Sylar once was known as Gabriel Gray. We see this through Nathan beginning to take an interest in clocks through the end of season 3 and, at the start of season 4, “Nathan” seems to be having an identity crisis, similar to the one that Sylar experienced the season before. Sylar of course, does still find a way to make an appearance for the beginning of season 4, through acting as a part of Matt Parkman’s consciousness as, somehow, making someone think they were somebody else, forces their original mind find a new host it would seem. I admit this part of the season was a little pointless and not really needed. But it was still pretty funny to see Sylar take control of Matt’s body now and again, and kill the odd innocent person.

So it seems that it is only in this Sylar-controlled form that Matt had some significance to the season, as we don’t really see much of him throughout the rest of the season except for the moments where he is at home looking after his family. Personally I think that he should have been somehow involved more in the final episode, but I’ll get to that.

So let’s talk about the villain of the season, Samuel Sullivan. He was definitely an interesting character to say the least. I do like how in this season he is the one that connects all of the heroes in the season together, with some exceptions being Matt Parkman and Mohinder Suresh. In the final sequence of the story for this season, we see that Samuel relies on his family to fuel his ability and it is because of this that he keeps bringing in more people to his “family”. This concept is clever in some respects as we could never have really guessed this from the beginning nor, to be honest, could we really conclude he was the bad guy, and that’s what I liked about his character. But back to the concept of his “family,” it becomes apparent to the audience that he is simply a lonely or possibly friendly character that just wants people like him to be safe to begin with, but as his story develops we start to see new sides of him. However I personally think that the one flaw of this concept is that he shouldn’t have to rely on them too much for his powers to work entirely. This would have made for a more anti-climactic end scene for him. 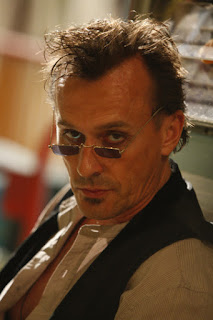 I also think Mohinder Suresh was a severely underused character throughout the season. I think the only scene that he was significantly important was the scene in which he held the key to Samuel gaining more power, so in this sense, he was important. But other than when Hiro rescues him from the same mental hospital that he trapped him there in the first place, he really didn’t appear at all. I honestly think that if this were to be the last season of the show or even just the last season that features most of the characters (meaning Heroes Reborn), Mohinder should have also been more involved in the final sequence.

Now that the slight accidental rant is over, let's talk about some proper positives of the season. I believe that Noah was the most interesting character of the season as it was through him and Claire that we had a proper link between this season and season 1, which of course makes this a terrific season, for a finale. The fact that Noah Bennet has a more developed backstory really makes this show worth watching; this backstory gives us an insight into how and why he began hunting people with abilities, which began with his first wife being killed by one of them. This would make Noah have a darker and more gritty backstory and it was always good to see a bit more into his backstory in Season 4 (especially when it actually makes sense as opposed to the third season)

The fact that Hiro went back to save Charlie, the girl from the Burnt Toast Diner that he fell in love with, also helped link this season nicely to the first one. That he loses her again, due to Samuel hiding her from him, nicely fits Hiro's character and how he always ends up learning something about being a hero, this one being, "do what is right over what benefits yourself."  We see this when Charlie is old when Hiro meets her again, as Samuel had left her at some point during the war and during the time that she lived her life until that point, she had fallen in love again and started her own family, and Hiro learned to do the right thing so in the end he still saved Charlie.

One of the touches that the writer added to this season that I really liked was bringing some of the deceased characters of the show back for a scene in which Hiro is dying. I personally would have loved to see Isaac Mendez in this season as he was one of my favourite characters of the show but I think that it was good to add Adam Monroe into the season as I think it was a bad idea to have him killed off in season 3 so, to see him in season 4, even if it was just a hallucination of sorts, is still always good to see David Anders reprise the role of one of his characters. Although this scene didn’t make much sense to me, the sentiment of it is what makes me value it as a whole, it also adds to the depth of Hiro’s character which is what I’ve always loved about Heroes.

So the scene that all of this is leading to is the scene in which Claire decides to reveal to the world the truth about people with abilities. The people I have talked to do not like the fact that she does this, but I think that it is perfect as I was honestly waiting for the day that this would happen and it would stop getting covered up. What I liked most about this season is that it not only works as an ending to the show, but it also works as a setting up for the spin off titled “Heroes Reborn”. This is because (from what I know of the show), Heroes Reborn is about people with abilities trying to survive in a world in which the government is hunting them, so of course, this would explain how they were discovered. I may in fact start giving the spin off a proper watch to see if we get any eventual appearances from any of the characters we all miss as (from what I know) it is just Noah Bennet and the Haitian that are featured in this show and I would like to know which other ones have so far survived being hunted.

To summarise though, I think Heroes Season 4 was actually a lot better than both the second season and the third season (despite how long it took to get there). And I think that, even if it hadn't been cancelled, it was good to have finished at this point anyway. I hope to see Heroes Reborn “pick up” in story and gain a large enough budget to bring some of our favourites back as I highly doubt that some characters such as Hiro, would be easy to take down.