Steve Taylor-Bryant delves into the unknown as he breaks down twelve seasons of Supernatural into 12 Top 5 articles.  His top 5 from season eleven...


I’m not sure I understood the tag-line ‘Pre-Biblical’ before I watched season 11, but I definitely did come the end. What happens throughout the season involving The Darkness (not the high pitched British rock band) , the Mark of Cain, and the stunning God reveal more than makes up for the fact that Rowenna is still in the show. Jensen Ackles as Dean is particularly brilliant throughout, Jared Padelecki is less pouty and more hunter. Castiel, Crowley and the others are back on form and season 11 is pretty solid throughout. THAT God reveal though, I could watch that episode over and over again. It’s one of the best Supernatural episodes ever. The top 5… 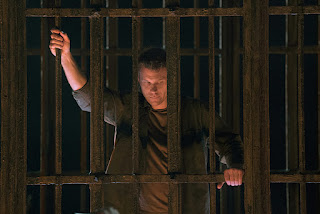 “And I promised Lincoln a fun night at the theater, things change!”

Amara unleashes her power on the local townspeople as she issues a shocking challenge. Dean tries to better understand the hold Amara has on him, while Sam and Crowley come up with a plan that could have disastrous consequences. 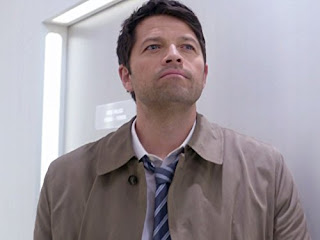 “I think she just rattled heaven with a flick of her pinkie finger. That's not a big enough dose of reality for you?”

Lucifer tries to assert himself into heaven; Crowley tells Sam and Dean they must take down Lucifer. 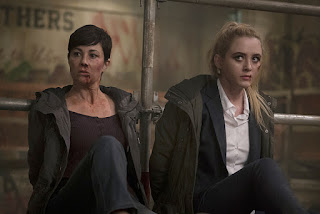 “Dude, I'm not gonna survive hundreds of monster attacks to get flatlined by - by some double doughnut monstrosity.”

Claire believes recent murders in town are supernatural and asks Sam and Dean to investigate. However, Sheriff Mills tells the guys that Claire has been getting into trouble lately and has been attacking normal people and accusing them of being monsters. 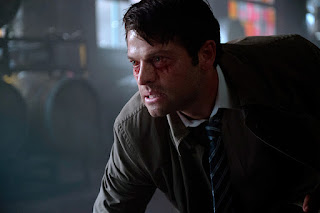 “Just a couple hours ago, I killed Death. I'm pretty much open for anything.”

Dean and Sam dealing with the aftermath of freeing the darkness on earth. 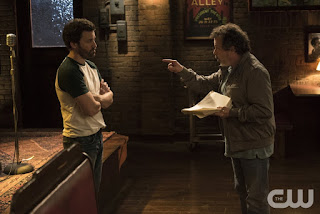 “ No, look. I know I'm a disappointment, but you're wrong about humanity. They are your greatest creation, becasue they're better than you are. Sure they're weak, and they cheat and steal and destroy and disappoint, but they also give, and create and they sing and dance and love, and above all they never give up! But you do.”

Amara unleashes a dark fog on a small town, which causes everyone to go mad. Sam and Dean realize this is a stronger version of the original black vein virus Amara previously unleashed. They team up with the sheriff to protect the town but the old remedy no longer works. Meanwhile, Chuck returns with an interesting proposal to stop Amara and save Lucifer and take Lucifer out of Castiel.