Steve Taylor-Bryant delves into the unknown as he breaks down twelve seasons of Supernatural into 12 Top 5 articles.  His top 5 from season twelve…


Season 12 started as an annoyance and gradually got worse and, as I was about to give up and find something, anything, else to watch, episode 11 happened and I was left wondering why I'd sat through 10 episodes of shit to get somewhere good. The first 10 weren't even poor but watchable Supernatural, they were completely stinking. To our American readers, none of us English folk sound like the British Men of Letters, not one of us. Spend more time with British people and stop with the either plum in mouth rich people or cockney working class accents. It's annoying! And whilst I'm complaining, Winchester Mummy was massively misused in the first part of the season. But then it got quite great, almost epic and stopped looking like they had ran out of ideas. A season of two halves. The top 5... 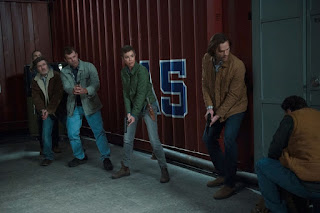 Sam and Dean only have each other to rely on when they're caught in a dangerous situation; the fight between the American hunters and the British hunters comes to a head. 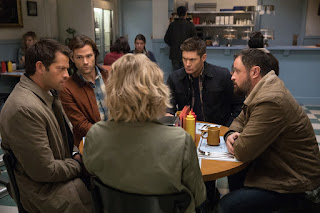 “You idiots. You’re all going to die.”

Mary asks Sam, Dean and Castiel for help on a case she's working, but neglects to mention the British Men of Letters are involved. When Mary is double crossed, everything is revealed. 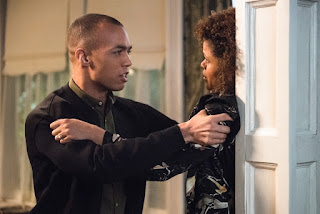 “Sam, we do terrible things all the time to save each other. I mean, that's what you do for family. Who am I to stop him?”

Alicia Banes calls Mary for help after her mother, Tasha goes missing. Sam answers Mary's phone and he and Dean head out to help Alicia and her twin brother, Max find their mother who was hunting a powerful witch. Meanwhile Mary starts to have some doubts about the British Men of Letters. 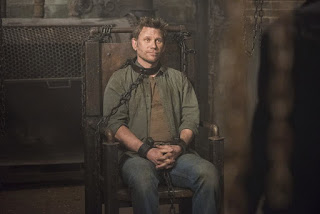 2 – Episode 15: Somewhere Between Heaven and Hell

“ Pup like that out and about isn't good for business. Makes it look like I'm not in control. But that mutt's head mounted on my wall? Good for the brand. So yes, Moose, for now. "We".”

Sam and Dean investigate an attack by an invisible hellhound at a campsite. Meanwhile, two of Crowley's own personal demons uncover what he has been hiding. Elsewhere, Castiel gets a lead on Kelly Kline. 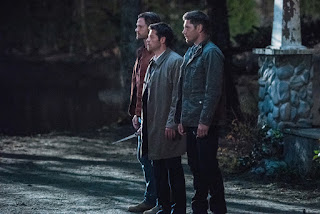 1 – Episode 23: All Along the Watchtower

“I kinda always wanted to punch the devil in the face.”

Lucifer comes to claim his child, and Sam, Dean, and Castiel try to stop him.