Steve Taylor-Bryant delves into the unknown as he breaks down twelve seasons of Supernatural into 12 Top 5 articles.  His top 5 from season nine...

The Angels have fallen and there is chaos both above and below as season 9 kicks off. With the Angels banished from Heaven Metatron wants to rebuild the afterlife in his own image, only letting in certain Angels and is striking deals with allies to help him achieve his goals. Meanwhile with Crowley a prisoner, Abbadon is striking to become the King of Hell, Dean and Kevin are trying to find ways to kill the Knight, and Sam has Gadreel possessing his body after Sam had fallen into a coma and Dean had done the deal with Gadreel to save Sam’s life. Castiel is now human as Metatron took his grace, and it appears that The Mark of Cain is the only way to yet again save the world. Season 9 was epic in scope. It has always leaned towards religious aspects to make some of the supernatural elements work but season 9 goes full Bible in the most Old Testament of ways, and I loved it. Yes, some storylines are a bit rehashed, but all in all the season works and works well. The top 5… 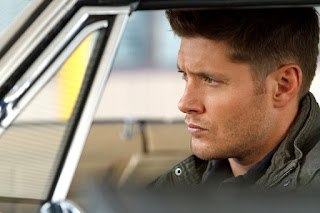 “Give me your best kung fu grip."

Dean gets a call from an old friend named Sonny asking for help with a ghost. Sonny runs a home for delinquent boys, and Dean was sent there for stealing food when he was younger. Sam is stunned he never knew this about his brother and asks for more information, but Dean dodges his questions. Another murder occurs while Sam and Dean are at the house, so they scramble to find the culprit before anyone else dies. Meanwhile, Dean looks up an old girlfriend and recalls his time at the house. 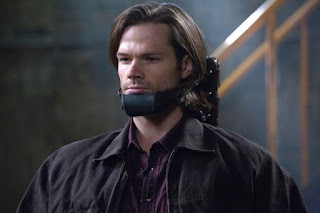 “So Captain Sexy out there totally cuts another angel's throat, yoinks his grace and now... he's got his mojo back. Minus the broken wings.”

Dean sets off to cast Gadreel out of Sam, but Castiel tells him the only way to do that is to ask for Crowley's help. Will Crowley be able to save Sam? Will he double-cross the Winchesters in retaliation for his imprisonment or will he be willing to help? 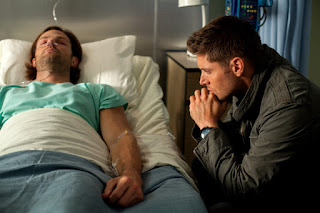 “I might have something better. I've got the King of Hell in my trunk.”

Sam collapses and Dean sends out an emergency plea through prayer to any, and every, angel in the area to help Sam. In exchange, Dean agrees to owe that angel a favor. However, his request is answered by numerous angry angels who want to kill him. Meanwhile, Castiel struggles to survive without his powers. 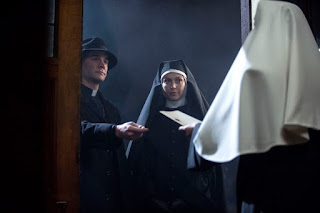 “You're lying to Sam like he's your wife, which kind of makes me your mistress.”

Dean copes with the side effects of the Mark of Cain, as Sam investigates a series of violent murders related directly to Abaddon. 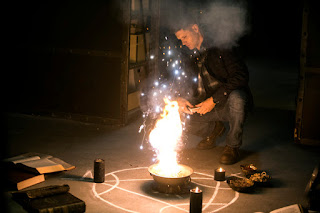 “So I'm a fake. Do you have any idea how much pan-cake makeup and soft lighting it took to get God to work a rope-line? He hated it. And, you know, humans sense that. So they prayed harder and longer and fought more wars in His name. And for what? So they could die of malaria? Leukemia? And all the while, blaming themselves! "Oh, if only I had been more prayerful. God would have loved me. God would have saved me." You know what? God didn't even know their name! But I do. Because I've walked among them. And I can save them.”

The influence of the mark on Dean reaches new heights, as Metatron begins to reveal himself to humanity.