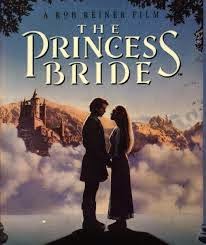 Back in cinemas tonight for one night only, to celebrate its 30th Anniversary, a reminder of VentSpleen's review of The Princess Bride...

The Princess Bride is regarded by many as the perfect fairy tale and it certainly has all of the key elements. The fans are not alone in this thinking and over the years many attempts had been made to bring William Goldman's classic tale of true wuv to the big screen. As early as 1973, 20th Century Fox paid Goldman $500,000 for the film rights but never managed to bring the film into production. It took Rob Reiner's enthusiasm and anarchic talent to finally gain the green light and a true classic was born. 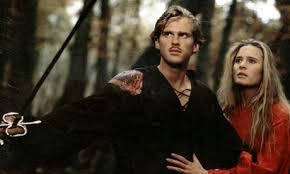 What makes The Princess Bride so special cannot be put down to just one thing. Yes, Goldman's book is marvellous but, as we know only too well, just because you have a great book it doesn't automatically follow that it will make a great film. The Princess Bride has it all! Spectacular casting, an action packed plot, and wuv, true wuv. It also has a beautiful music score by Mark Knofler that accentuates rather than overwhelming the story. Amazingly, or perhaps that should be inconceivably, The Princess Bride failed to perform at the box office and its cult status is thanks to the relatively new at the time home video market. Indeed, my own introduction to Westley and Buttercup was through a friend who used to carry a copy of the video around with him. His passionate belief that everyone should watch The Princess Bride was obviously not a one off as the film has now garnered a world wide following. 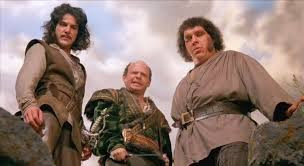 The Princess Bride tells the tale of Westley and Buttercup and it is their love that underpins the whole story. Westley, a farm hand, answers any request that Buttercup delivers to him with the phrase "as you wish". Over time Buttercup begins to realise that those words mean, quite simply, "I love you" and it is testament to the films pacing that makes this sugary sentiment in no way over bearing. Westley leaves to seek his fortune but his ship is attacked by the Dread Pirate Roberts and, as everyone knows, the Dread Pirate Roberts never leaves anyone alive. In absolute desolation at her loss and betrothed to the slightly odd Prince Humperdink she plans to kill herself after the wedding ceremony. Both of their plans are scuppered by the intervention of Vizinni, Inigo Montoya (wait for it) and Fezzik who kidnap Buttercup and hold her to ransom. The three reprobates are tailed by a mysterious ship, helmed by the Dread Pirate Roberts himself, which threatens to capsize their plans. After besting Inigo in a sword fight, which must rate as one of the longest and funniest in film history, Roberts eventually kills Vizinni. All is not as it seems though and the dastardly Pirate reveals that he is actually Westley and has come to rescue his true love. After much double dealing and plot twisting, more slippery than the shrieking eels themselves, Westley joins forces with Inigo and Fezzik with the goal of overthrowing Prince Humperdink and allowing Inigo to succeed in revenging the death of his father by an evil six fingered man. Inigo's promise that he will face the killer in battle with the proclamation that has become a cinematic classic. You almost feel like cheering when he eventually spits out "Hello, My name is Inigo Montoya, you killed my father, prepare to die." With everything tied up and Westley able to finally hold his true love you could be forgiven for writing The Princess Bride off as just another trite fairy tale. 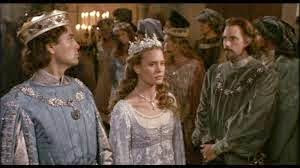 Wrong, oh so very wrong, as the rich vein of humour that runs through the film lifts it from ever straying too far into cliche. The Princess Bride is a film that has its tongue firmly wedged into its cheek, yet at the same time telling a great story. Witness the scene where Prince Humperdink is bemoaning his heavy work schedule to Count Rugen (a wonderfully knowing performance by Christopher Guest) Rugen remarks that he should get some rest because "if you haven't got your health, you haven't got anything." Add to this wonderful comic turns by Billie Crystal, seriously channelling Mel Brooks, and the late great Mel Smith as The Albino and you have a film which delights and amuses. In my view, Chris Saranden never phones in a performance and he is firing on full throttle as Prince Humperdink. Acting honours also go to Cary Elwes and Robin Wright as Westley and Buttercup with their onscreen romance very believable but yet, at the same time, also enjoyable in its silliness. 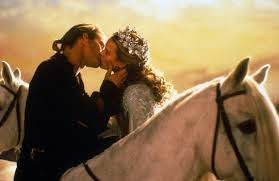 The Princess Bride rates as the best fairy tale film of all time because it works on every level. It tells the story of love, villainous villainy oh and throws a few ROUS's (Rodents of Unusual Size) in for good measure. Whether you are atop the Cliffs of Insanity or fighting your way through the Fire Swamps the viewer is fully engaged at all times. If you have never seen The Princess Bride, where have you been? Get a copy now and watch a true masterpiece. No one I know has ever watched it and not enjoyed it. If you're still not convinced and pass up this opportunity well.... as you wish!