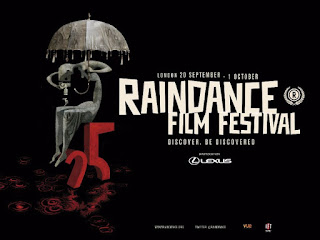 Raindance Film Festival closed this week with the news that audience attendance for the 25th edition reached a record-breaking 10,396, a 39% increase from 7,468 in 2016, with the new Vue West End venue contributing significantly to that growth.

This year marked the 25th Anniversary of the Raindance Film Festival, the largest independent film festival in the UK, in keeping with this milestone, this year saw record breaking attendance at the festival. This follows an interesting summer in terms of US blockbusters, with sales predicted to be down by 15%. Raindance proved there is a growing appetite for original independent content, as an antidote to CGI heavy superhero franchises, in particular, that dominated movie screens this summer.

There was also an increased specialised programme of workshops, panel discussions, master classes with Academy Award winning Special Effects Supervisor Paul Franklin and critically acclaimed director Ate de Jong (Drop Dead Fred), as well as pitching events for film fans and prospective filmmakers alike to take part in. Two of the most popular industry events included the Festival’s third Co-production Forum which focused on the relationship between the UK and Italian film industries, as well as China Day, which featured a day of screenings and panel discussions on how filmmakers can access the Chinese markets.

VR returned to the festival with the VR Arcade, which allowed audience members to experience the latest advances in storytelling, the Raindance VRX Summit included talks and panel discussions with creators across all mediums including filmmakers, game developers, animators, sound designers, musicians, Quill and Tilt Brush artists; and The Raindance VRX Market was a platform to meet funders and pitch projects in development.

The Festival’s unique Web Series was an opportunity to tap into the online video industry. Highlights included Tom Kingsley’s BBC Three YouTube series Pls Like, starring comedian’s Liam Williams and Tim Key; I Gotta Be Me, about a frustrated soap star who joins a Rat Pack tribute act as his hero Sammy Davis Junior; as well as Millenial Theory an Instagram series that follows two halfwits who believe themselves to be enlightenment gurus; Think Nathan Barley meets Eckhart Tolle.

There was no shortage of special guests attending their premieres, including Josh Hartnett for Oh Lucy!, J.K. Simmons for I’m Not Here, Alice Eve for Bees Make Honey, Johnny Rotten for The Public Image Is Rotten and Giancarlo Esposito for the closing night film Stuck, to name but a few.

Emanuele Crialese was the guest honour for this year’s retrospective series; the festival screened two of his most iconic films Golden Door and Terraferma, as well as an In Conversation With event which featured a Q&A with Crialese and festival founder Elliot Grove.

At the annual Raindance Film Festival Awards, the competition winners announced were:

This year Guy Ritchie was awarded the Raindance Auteur Award for his achievement in filmmaking and ongoing contribution to the film industry, and the prestigious Spirit of Raindance Award was received by the critically acclaimed UK director Simon Hunter, and was presented by Raindance Festival Founder, Elliot Grove.

Raindance Film Festival is now officially open for submissions inviting UK and International producers and filmmakers to submit their films to its 26th edition which will take place from 19th September to 30th September 2018 in central London. Submissions will close on 8th June 2018.

Full details on Submissions can be found at https://www.raindance.org/festival/submissions/