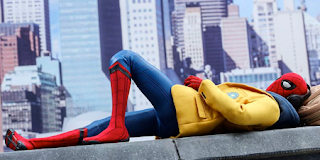 Summer action blockbusters Spider-Man: Homecoming, War For The Planet Of The Apes and breakthrough comedy Girls Trip are among the latest smash hits to head to Rakuten TV this November. Other films which will become available on their subscription-free platform this month include The Big Sick, Cars 3,The Emoji Movie and Valerian And The City Of A Thousand Planets.

Two films, Rise of The Footsoldier 3 (November 3rd) and Marjorie Prime (November 10th), hit the service on the same day as they hit the cinemas (PVOD).

Other films currently available On Demand through all Smart TVs, tablets, PCs and consoles include the critically acclaimed Baby Driver, Transformers: The Last Knight, My Cousin Rachel, Tom Cruise’s The Mummy and the family favourite Despicable Me 3.

Rakuten TV currently provides an extensive catalogue of the latest movies and classic films to 1.1 million Rakuten TV users in the UK, for a cinema experience in their own home.