What If? – Quantum Leap

Steve Taylor-Bryant is at it again, trying his hardest to bring back the things he loved under the guise of modernisation. What If he recast a new season of Quantum Leap?..

Whilst trudging through all that is depressive in the world, or reading the news as it used to be called, I came across a story on I09 about Quantum Leap (https://io9.gizmodo.com/creator-donald-bellisario-has-written-a-quantum-leap-fi-1819951547) In the article it is said that Donald Bellisario has written another Quantum Leap script and, to be honest, I may have run around my garden naked worshipping the Gnome King for this delightful piece of pop culture news. Once I’d passed a psychiatric test and apologised to the Judge I got to thinking about what new Quantum Leap might look like. Film or TV? Who would be cast? Why hasn’t this been made already? What are people waiting for? Why does the world hate me? Now I’m not one who would usually tell the creative genius that is Mr. Bellisario what to do BUT in this case he needs hurrying along so I’ve taken the liberty of working out how to bring this to a new audience and cast it for him. To get to where I’m going with this though you have to go back and remember a few salient points from the original. Here’s the rough synopsis from IMDb which is pretty much the shows narration –

Theorizing that one could time-travel within his own lifetime, Dr. Sam Beckett led an elite group of scientists into the desert to develop a top secret project known as Quantum Leap. Pressured to prove his theories or lose funding, Dr. Beckett prematurely stepped into the project accelerator... and vanished. He awoke to find himself in the past, suffering from partial amnesia and facing a mirror image that was not his own. Fortunately, contact with his own time was maintained through brainwave transmissions with Al, the project observer, who appeared in the form of a hologram that only Dr. Beckett can see and hear. Trapped in the past, Dr. Beckett finds himself leaping from life to life, putting things right that once went wrong and hoping each time that his next leap would be the leap home.

Massive spoiler for those who have never seen Quantum Leap (what the hell is wrong with you?) but Samuel Beckett never makes it home. 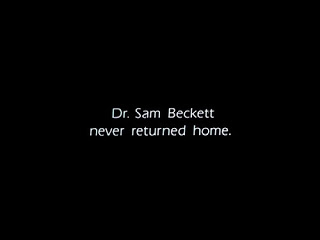 This is the fascinating part of Quantum Leap and the reason so many of us see unfinished business and want more stories. For the ‘new’ version of Quantum Leap I need to fill in some gaps and bring a show from the late 1980’s and early 1990’s into the present day. I am obviously no closer to finding Sam than we were back then but I think the still missing scientist is the way in to the new version. We are talking 2017, the U.S Government are aware of Beckett’s research and think their scientists can perfect and then militarise the idea. The scientists though have their own plan – finally find Sam Beckett and see what went wrong and what they can learn by debriefing him after all of these years. The Government's top programmer, General Frank Reynor, is the oversight leader and, whilst he is a government lackey and knows the mission, he is also more than a little sympathetic to the scientists' wishes. They all decamp to the original research facility to upgrade Beckett’s own equipment. After the initial rebuild and equipment upgrades Reynor asks them to attempt to send back into the accelerator the hologram program Al. Al though is corrupted (cue Dean Stockwell cameo) and so Reynor rewrites the hologram program in his own image, so we now have our Al replacement, casting later.

With Al in place and the Ziggy program rebooted (voiced by original Sam, Scott Bakula), it’s time for the scientists to do their thing and start the search for Beckett. TS Elliot (see what I did there? No? I am wasted on you lot!) prepares for what they think will be their one and only jump to find Beckett at his last jump point before they start to re-affect history for the mighty US. The first jump goes wrong though after an explosion in the centre knocks out Ziggy for a bit. TS is now stuck jumping from body to body, event to event, just like Sam with Reynor’s hologram there to help out along the way. 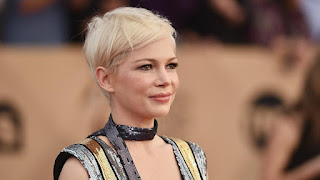 See? I’ve cracked it! Just call me Steve Bellisario! In fact don’t, that’s an awful abuse of what little power I have. So, to the casting of my new and improved Quantum Leap. We already have the original two involved with Stockwell’s cameo (honestly just let the guy go nuts for 10 minutes) and Bakula on narration and voice duty. My first choice to play TS is a toughie as it’s an actress that is so supremely talented that she has gone beyond her television background to one of the world’s top movie stars, however it’s possible to get Michelle Williams on board then that’s what we shall do. If we can’t stop an Oscar laden future then we can pick from my back up list of Adam Brody (The O.C.), Ginnifer Goodwin (Once Upon a Time), or the wonderfully underused Misha Collins. 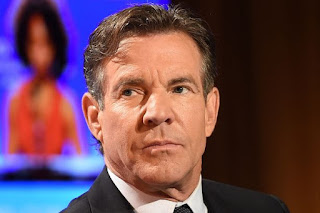 Working alongside any of my fine choices is my Al replacement Reynor. Bakula was brilliant as Sam Beckett but let’s be honest it was always Stockwell’s Al we tuned in for. So I need an actor that can look like a commanding officer in the military, carry off years of experience as a programmer, but also has to be funny, geeky, a bit rude, supportive, a confidante. Quite hard to think of someone to be all those things isn’t it? Dean Stockwell pretty much wrote the book on portraying that kind of character on television. On film however, there is a great example of an actor who can do all those roles, an actor we would all buy into for both the serious and the hilarious. My new Al, Reynor, will be the incomparable Dennis Quaid.