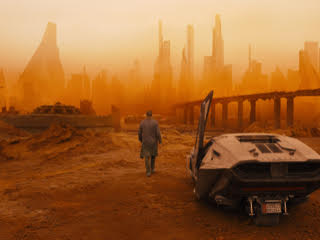 Looking ahead to the New Year, Rakuten TV have announced the launch of their January 2018 slate...

The no subscription "cinema at home" streaming service, Rakuten TV kick off 2018 with their choice of the latest smash-hit movies. From 1st January, you’ll be able to grab a copy of the chilling IT, one of the standout films of 2017 and already the highest grossing horror film of all time! In Kingsman: The Golden Circle, Taron Egerton returns in Matthew Vaughn’s explosive action-comedy, with a star-studded line up including Colin Firth, Julianne Moore and Mark Strong.

You will also be able to explore the dystopian future in Denis Villeneuve’s visually stunning, Blade Runner 2049, which sees Ryan Gosling pursing a long-buried secret that has the potential to plunge what's left of society into chaos. If your tastes are most towards the artistic, discover what made mother!, one of the most controversial films of the year in Darren Aronofsky’s surreal, abstract thriller, starring Jennifer Lawrence and Javier Bardem.

On 5th January, don’t miss Renegades, starring J.K. Simmons and Charlie Bewley. Created by the critically acclaimed writers of Fifth Element, Valerian and the City of a Thousand Planets (Luc Besson) and The Expendables 2, The Equalizer & The Mechanic (Richard Wenk), Renegades sees hardened Navy Seals discover hidden underwater treasure in a Bosnian Lake. This will be available on Rakuten TV on the same day it hits cinemas!

For the little ones, Rakuten will also be releasing Lego’s latest smash hit, The Lego Ninjago Movie and The Jungle Bunch. Also to be included in Rakuten TV’s January releases are the hugely popular Victoria & Abdul, Wind River and American Assassin.


Rakuten TV – “Your cinema at home”
Email ThisBlogThis!Share to TwitterShare to Facebook