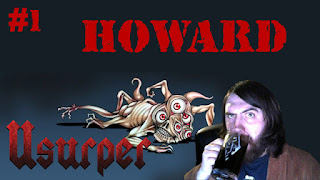 With a natty new look for his videos, the Defective Inspector heads into a new game and plays Usurper, currently on early release from Pugware...

This time on Usurper, the Defective Inspector heads East a lot, discovers he can't fly and meets Howard with the gangly shadow.