Book - Costa Book of the Year 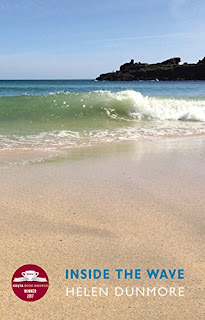 A poetry collection wins the 2017 Costa Book of the Year award...

Inside the Wave by the late poet and author Helen Dunmore has been named winner of the 2017 Costa Book of the Year. The collection, Dunmore’s tenth, explores the borderline between the living and the dead - the underworld and the human living world – and the exquisitely intense being of both, and includes her final poem, ‘Hold out your arms’, written shortly before her death in last June, aged 64.

Inside the Wave, published by Bloodaxe Books, is the eighth collection of poetry to take the overall prize. Poetry has a strong record in the Costa Book Awards, often winning the overall prize several times in a row. Most recently, Christopher Reid won in 2009 with A Scattering, followed by Jo Shapcott with Of Mutability a year later in 2010. The 2016 Costa Book of the Year was Days Without End by Sebastian Barry, the first novelist ever to win the Book of the Year twice.

Dunmore is also the second writer to take the overall prize posthumously in the Award’s 46-year history. Ted Hughes posthumously won the Poetry Award and Book of the Year in 1998 for Birthday Letters. Dunmore’s son, Patrick Charnley, accepted the award on her behalf, from Dominic Paul, Managing Director of Costa at the ceremony last night.

Inside the Wave beat the bookmakers’ favourite, Eleanor Oliphant is Completely Fine by bestselling debut novelist Gail Honeyman, family memoir, In the Days of Rain by author and academic Rebecca Stott, Reservoir 13 by novelist Jon McGregor and The Explorer by children’s author Katherine Rundell for to win the overall prize and a cheque for £30,000 at the awards ceremony.

Wendy Holden, chair of the final judges, said: “We all felt this is a modern classic; a fantastic collection, life affirming and uplifting. The poems carry powerful messages that speak to all of us.”

The Costa Book Awards is the only major UK book prize that is open solely to authors resident in the UK and Ireland and also, uniquely, recognises the most enjoyable books across five categories – First Novel, Novel, Biography, Poetry and Children’s Book - published in the last year.

Originally established in 1971 by Whitbread Plc, Costa announced its takeover of the sponsorship of the UK's most prestigious book prize in 2006. 2017 marks the 46th year of the Book Awards.

Since the introduction of the Book of the Year award in 1985, it has been won twelve times by a novel, five times by a first novel, six times by a biography, eight times by a collection of poetry and twice by a children’s book. 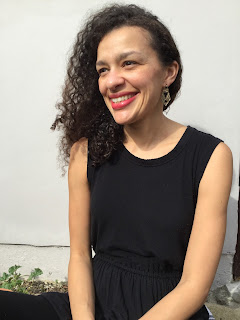 The ceremony in central London which saw Luan presented with a cheque for £3,500 by Costa Managing Director Dominic Paul for her short story, Two Steak Bakes and Two Chelsea Buns.

Over 1,000 entries were received for the Costa Short Story Award, now in its sixth year and open to both published and unpublished writers, for a single, previously unpublished short story of up to 4,000 words written in English by an author aged 18 years or over.

Established in 2012, the Award - run in association with the Costa Book Awards but judged independently of the main five-category system – is judged anonymously ie without the name of the author being known throughout the process.

The stories were then made available on the Costa Book Awards website for the public to download and read, and then vote for their favourite.

Luan’s story, Two Steak Bakes and Two Chelsea Buns, received the highest number of public votes, followed by When the Bell Tolls by Chris Hunter and The Dying Time by Frances Ainslie.

A woman considers all the things she could do with her day - and decides to have lunch with her Dad.

Luan Goldie is a primary school teacher and formerly a business journalist. She has written several short stories and was shortlisted for the Grazia/Orange Prize First Chapter competition in 2012. Last year she was chosen to take part in the Almasi League, an Arts Council-funded mentorship programme for emerging writers of colour.

She has recently completed her first novel, a multi-character drama based on the Bijlmer air disaster, in which a plane crashed into a council block. She lives in London.

Go to www.costa.co.uk/costa-book-awards/costa-short-story-award to read and/or listen to Luan’s winning story and the other two shortlisted ones.