Short Film - Watu Wote (All of Us) 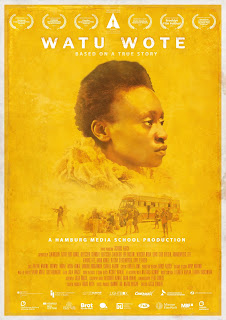 This week, Susan Omand watches some of the short films in the running for the 90th Academy Award final shortlist. Today it's Watu Wote (All of Us)...

For a decade Kenya has been targeted by terrorist attacks of the Al-Shaaab. An atmosphere of anxiety and mistrust between Muslims and Christians is growing. Until in December 2015, Muslim bus passengers showed that solidarity can prevail.

I guess, according to the law of averages, there was going to come a time on this week’s list of short films when I found one that I didn’t connect with. This is that film but I’m not really sure why, because it ticks a lot of the same boxes as other films on the list – it’s based on a true story, the premise is interesting on paper and it’s technically well executed – it just didn’t capture my attention.

I will admit that it is fighting against a very high bar set by the other films on my watch list but, to be honest, to be in contention for one of the highest awards in the short film calendar, it has to be well up there so there has to be something that I’m missing. As I said, it is technically well executed, the cinematography is sharp, the locations well chosen and the direction and editing crisp and on point. The acting too is very proficient, with everyone believable, even if not at all likeable (whether or not this was deliberate I don’t know), in the roles they played, and the story is definitely one worthy of a film adaptation. It just felt a little... cold. To me, it felt clinical and observational, like the film maker was concerned about letting any emotional bias into the telling of the facts of the story which, after all, remains a highly contentious subject and open to biased interpretation on both sides. But that attempt to remain neutral stripped out all the audience engagement for me. Because I didn’t care enough about any of the characters for their peril to matter to me, I didn’t get any feeling of danger, suspense or anxiety. So I think I blame the screenplay adaptation for being too careful in trying to stick too rigidly to the facts and not allowing for creative license in order to tell a good story alongside them.

Watching the film again, for about the 4th or 5th time now as I try to work out what I couldn’t connect with, I can see it working as “a dramatic reconstruction” in a straight documentary on the story rather than trying to be a standalone drama. It needed to have a voice-over narrating the progress of events, it needed interviews or real footage interspersed with it to give the specific event a grounding in reality and some historic context for me. The subject just needed more depth in its treatment I think. As it stands just now, the thought that I am left with is not how wonderful it was that people came together to protect their fellow passengers despite religious prejudice, it’s not that there are terrorists and peace-makers on both sides of an arbitrary line, it’s not even that there are horrifying events going on in other countries that we do not get to hear about in the UK. What I took from the film was surprise that a bus journey in 2015 can still last 31 hours. That is absolutely the wrong take-away thought to have so the film, for me, didn’t work.


All the short films in contention for the award are listed below in alphabetical order. Of these, five finalists will be selected to go forward to the final shortlist: