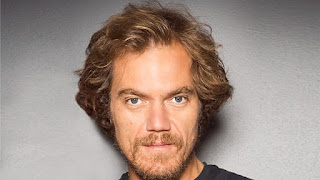 Shannon has received Academy Award nominations for his roles in Tom Ford’s Nocturnal Animals and Sam Mendes’ Revolutionary Road. He can currently be seen in Academy Award nominated Shape of Water from Guillermo del Toro and Nicolai Fuglsig’s 12 Strong. His upcoming projects include Paramount Television's Waco, HBO’s Fahrenheit 451 as well as Elizabeth Chomko’s What They Had.

In The Little Drummer Girl brilliant young actress Charlie (Pugh) strikes up an acquaintance with an intriguing stranger while on holiday in Greece, but it rapidly becomes apparent that his intentions are far from romantic. The man is Becker (Skarsgård), an Israeli intelligence officer, who entangles her in a complex and high stakes plot orchestrated by Israeli Spymaster Kurtz (Shannon). Set in the late 1970s, yet sharply contemporary, The Little Drummer Girl weaves a dynamic and exciting story of espionage and international intrigue; of love and betrayal.

Simon and Stephen Cornwell, co-CEOs and Founders of The Ink Factory, say: “Michael is an actor of the highest calibre, and we are excited to welcome him to the stellar group of talent this project is amassing. Under the direction of a consummate auteur and opposite two equally dynamic actors - we are confident that he will channel the complex combination of tension and gravitas within Kurtz which is shot through the narrative.”

Park Chan-wook says: "The first time I saw Michael was as one of the genius actors who delivered wonderful performances in Revolutionary Road, and ever since I’ve remained his loyal fan. I believe Michael will make the perfect Kurtz, a man scarred by history and carrying burdens all too heavy on his shoulders, an Israeli 'Captain Ahab’ obsessed by his biggest and most elusive nemesis yet."

The series will be financed and produced by The Ink Factory in partnership with 127 Wall and co-producers the BBC and AMC. Laura Hastings-Smith (Howards End, Macbeth and Hunger) will work as Producer with Simon and Stephen Cornwell serving as Executive Producers alongside John le Carré, Mona Qureshi for the BBC, Joe Tsai and Arthur Wang for 127 Wall, Wonjo Jeong, and Park Chan-wook.
Image - BBC