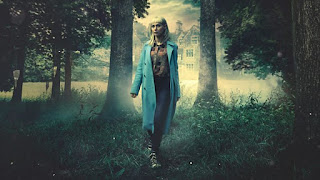 Requiem is a major six-part psychological thriller series coming soon to BBC One. Find out more from the creator Kris Mrksa and watch the trailer ...


In 1994, a toddler disappeared from a small Welsh village, never to be seen again.

Among her possessions, Matilda discovers tantalising evidence that links her mother to the Welsh girl’s disappearance all those years ago.

And so grief-stricken Matilda travels to Wales, determined to explore this mystery, even if it means unraveling her own identity. In the process, she uncovers long buried secrets in this remote community - including one secret more bizarre, terrifying and dangerous than anything she could have imagined. Dark otherworldly forces are gathering - they have been waiting many years for Matilda to arrive.

If every life is a story, then for most of us, it’s our parents who write the opening chapters. They record and remember our early childhoods as we cannot, acting as trusted witnesses to our lives. But what if you discovered that your parent might have lied to you? That almost everything they’d said about their own history, and yours, might have been untrue? 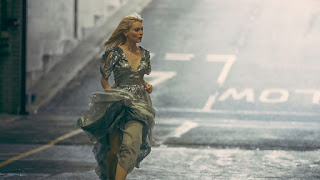 "For me, stories often coalesce when several apparently unrelated ideas collide, and I suddenly notice that they might actually be part of the very same story. Requiem grew out of just such a collision.

"The first element was my lifelong passion for scary movies. I don’t mean the kind of in-your-face horror film that seems to be so ubiquitous these days. I’m talking about subtle-scary, the kind that trades on mood, and a sense of disquiet, slowly building to something that is ultimately far more disturbing and unsettling. The Innocents, Truman Capote’s version of The Turn Of The Screw, is a really wonderful film, the best haunted-house movie ever made. That had a big influence on my thinking. There are a string of movies that do this beautifully but Don’t Look Now and Rosemary’s Baby sit on top of my hit list. Rosemary is being doubted at every turn until she starts to question herself. That was something I was trying to land with Requiem.

"I found myself wondering whether that sensibility, with its sophistication, restraint, ambiguity, and psychological complexity might be transplanted into longer form television drama. I wondered if one might play this story as a psychological horror that is ratcheted back. That was not something I’d seen on TV before.


"The second key ingredient was a fascination with the nature of personal identity. There seems to be a popular obsession with identity right now, with the idea that you might be able to find out who you really are, whether that’s through DNA testing, studying your family tree, or doing some sort of personal actualisation course. I’m doubtful about the value of this stuff, but I found myself pondering the compulsion that underlies these activities.

"Most particularly, I found myself wondering about how a person might feel if they did get a definitive answer to the question “who am I, really?”, but it was not at all what they expected? If it turned everything they thought they knew about themselves on its head?

"We’ve all seen stories that are kicked-off by the hero losing a loved one, but what if this story began with the hero losing herself? [With] the death of my mother - I realised that a whole part of my life had died with her. I had very little recollection of my childhood, and what I did have was imperfect because it was a child’s view of the world. My mother would always explain to me what was going on with Auntie Dolly, whether or not I’d had the measles jab. So I really lost things with my mother.


"Losing a parent is a loss that strikes at one’s identity. Identity is something that I have always been fascinated by. I think the idea that we are all a unified individual is more illusory than we recognise. So I began to combine a philosophical idea about identity with the theme of grappling with loss.

"The final element was not so much a story idea, as a mythological underpinning. I’d been reading about an alchemist and mystic, and I discovered that they had some very intriguing beliefs, based on a world view that was both idiosyncratic, yet surprisingly coherent. Suddenly, everywhere I looked, these philosophies started cropping up, in books and newspaper articles, on TV and in museum exhibits. And it just seemed too good to ignore. When I visited Wales, I fell in love with the place. It has a mystical feel, and the history there is very palpable. There is a druidic vibe there, too. Matilda and Hal are quickly drawn into that world and enmeshed in it. The Welsh town becomes a character in its own right. It’s the perfect setting for this drama.

"You can see what I meant when I said that the three elements were apparently unconnected. It’s when I suddenly saw how they might all fit together, in a way that was surprising, yet also satisfyingly neat, that I knew I had a TV series. And so Requiem was born.

"I’m very much aiming to unsettle people. Since the 1960s, we have had this obsession with finding out who we really are, as if that will solve all our problems and make us happy. I’m very sceptical about that. Requiem won’t scare you like a guy with a chainsaw would scare you, but I hope I have created something haunting and disturbing. I want to cause lasting disquiet!"


Requiem is written by Kris Mrksa (episodes one to four and six) and Blake Ayshford (episode five). The series is directed by Mahalia Belo, produced by Susan Breen and executive produced by Willow Grylls, Elaine Pyke and Charlie Pattinson for New Pictures, Kris Mrksa and Christopher Aird for BBC.

Info edited from intro and interview given to BBC here.