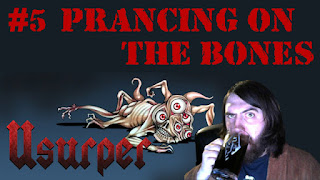 Never mind the pancakes, there's talk of crusty bread and necromancy in Part 5 of the Defective Inspector's Let's Play video for Usurper, currently on early release from Pugware...

This time on Usurper the Defective Inspector strolls through the corpses, adopts a French accent and tries to level his brain.