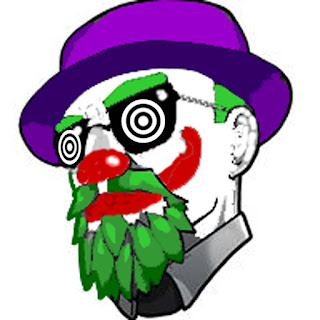 Some games just wanna watch the world burn, others want to make you cry and the rest make you think. Between all that tear filled philosophical bonfire is comedy, the divine that holds the world today. So for Comedy Day here at The DreamCage I have decided you all need to know about intentional comedy mixed in with our computer-based tales. On that note I am excluding glitches or mods from this list, so no Macho Dragon Randy Savage or excessive ragdoll physics. All of these were done on purpose, so enjoy them!

There are probably better examples, but Monkey Island is another franchise where comedy is the life and soul of the party. I never played much of the series, it was just before my time, but the few I did play always tickled a funny bone. I had a nostalgic attachment to the Pirate Shanty as Guybrush Threepwood has to eventually end the excessive rhyming by screwing over the nautical choir with the word orange. Well… Guess the song is over then.

Speaking of songs, remember Mordin? Our beloved sketchy Salarian in Mass Effect 2 had a strange background in musical theatre. While alone the moment isn’t all that entertaining, it’s the sudden burst into song which always amused me. Mass Effect has a few moments of comedy, Seth Green is in the cast after all, but this was so completely unexpected I was dumbfounded then left in a fit of giggles when it first came around.

I played Final Fantasy VII when I was a lad, so this completely went over my head during the first playthrough. I still occasionally replay the classic and every time I come to the Honey Bee Inn I can’t help but laugh at how naive I was. I am fairly certain the protagonist Defectivius (Or Cloud if you left the name unedited, loser) was sexually violated in a hot tub by hypersexual clones of The Village People.

It was hard to pick any particular part of the Fallout Franchise that shined brighter than the other. With characters like The Silver Shroud and Harold the Ghoul/Tree there was a battle in my soul over what was funnier, even if I included the extending penis hands robot. In the end I decided the entire dialogue concept of the sarcastic button was more than enough to keep me satisfied. In a game where dialogue was dumbed down to 4 options I enjoyed that one option was being a smart ass. I’ve “borrowed” outsidexbox video as they summarised some damn good lines better than I ever will.

It was a toss up between GLaDOS and Cave but in the end I will always remember Portal 2 for the exploding lemons. In a franchise where comedy writers clearly played a part in script Portal 2 stood out by being even more insane. While the exploding lemons sketch is my favourite Cave Johnson’s chronicled rise and fall via an underground Tannoy system is too broad a story to reflect as just one quote. I’ll also admit I love J.K. Simmons so that helped too… In fact the world agreed with me as there was an entirely new set of dialogue added post release via the DLC Perpetual Testing Initiative. Oh praised be to the sentient cloud.