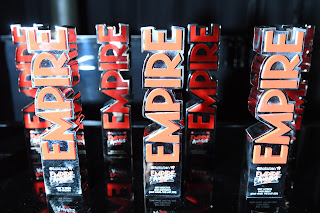 The winners were announced on Sunday night for this year’s Rakuten TV Empire Awards, which celebrates the best in film and entertainment of the past year, as voted for by movie fans...

Star Wars: The Last Jedi picked up the most awards on the night including the prestigious Best Film (presented by Sky Cinema) honour. Daisy Ridley also attended to collect her award for Best Actress (presented by Rakuten TV), as did Rian Johnson who was chosen as Best Director (presented by Vue Entertainment). The film was also honoured in the Visual Effects and Costume categories. Star Wars hero Mark Hamill was there to round off the sci-fi epic’s celebrations and was honoured with Empire’s Icon Award (presented by BMW).

Hugh Jackman attended to collect the Best Actor Award (presented by Rakuten TV) for his definitive lead performance in critically-acclaimed fan-favourite Logan. Jackman was joined by his talented young co-star Dafne Keen who was voted Best Female Newcomer (presented by Hilton Park Lane). The flag for British film and television was flying high though, with God’s Own Country in particular taking home Best British Film (presented by The Hollywood Reporter), and Josh O’Connor picking up Best Male Newcomer for his role as Johnny Saxby in the film. Whilst in the world of TV, The Crown picked up the award for Best TV Series (presented by Three).

Empire’s Editor-In-Chief Terri White commented: “This year’s Empire Awards might just be the most exciting yet! It was a hugely important year for cinema, both on screen and off, and from Get Out to Wonder Women to Star Wars: The Last Jedi and God’s Own Country, I’m thrilled to see such a rich and diverse group of winners. The Empire readers really know their stuff”

Other awards won on the night included: Best Actress in a TV Series, which went to Nicole Kidman for her role in Big Little Lies and Best Actor In A TV Series, which was awarded to Jason Isaacs for his role in Star Trek: Discovery; Get Out, which won Best Horror and Best Screenplay and Wonder Woman, which was awarded Best Sci-Fi/ Fantasy (presented by Three); The Death Of Stalin won Best Comedy, (presented by Monkey Shoulder) and Kingsman: The Golden Circle received Best Thriller (presented by Absolute Radio). Best Documentary went to I Am Not Your Negro, and Best Animated Film was awarded toCoco; Baby Driver was voted the winner of Best Soundtrack and Best Production Design; Best Make-Up and Hairstyling was awarded to Beauty and the Beast.

Empire bestowed three further honorary awards at the ceremony to celebrate the industry’s greatest talents. Firstly, Amma Asante (A United Kingdom) was awarded the Empire Inspiration Award in recognition of her commitment to British filmmaking and her importance as a trailblazer for female filmmakers and people of colour. Baby Driver director Edgar Wright was also celebrated with Empire’s brand-new Visionary Award. And Steven Spielberg also attended the 23rd annual awards to receive Empire’s Legend of Our Lifetime Award (presented by Rakuten TV).

All films can be found on the Rakuten TV platform here 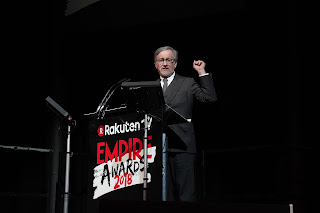 EMPIRE ‘LEGEND OF OUR LIFETIME’ AWARD, PRESENTED BY RAKUTEN TV 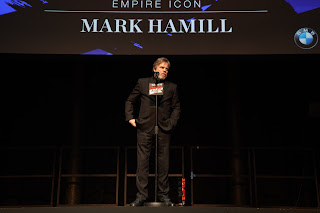 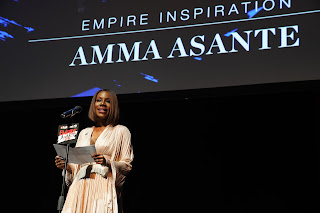 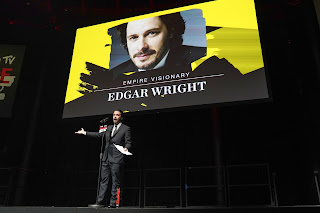 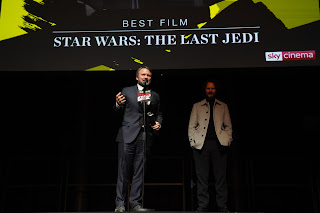 BEST FILM, PRESENTED BY SKY CINEMA
Winner: Star Wars: The Last Jedi
Get Out
Call Me By Your Name
Thor: Ragnarok
Wonder Woman 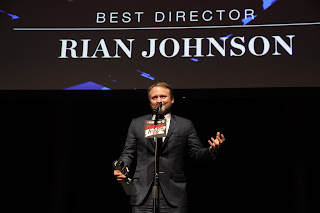 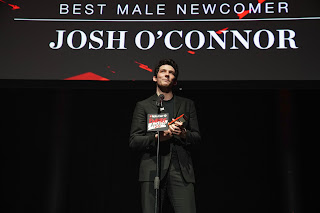 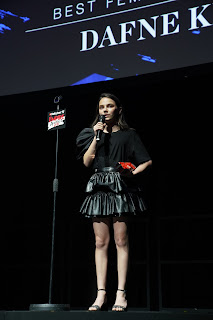 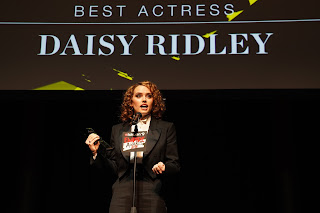 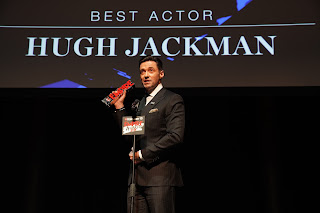 
BEST SCREENPLAY
Winner: Get Out
God’s Own Country
Call Me By Your Name
The Death Of Stalin
Three Billboards Outside Ebbing, Missouri 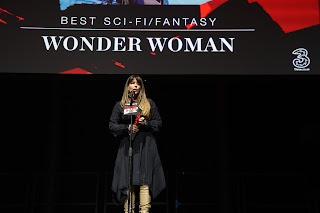 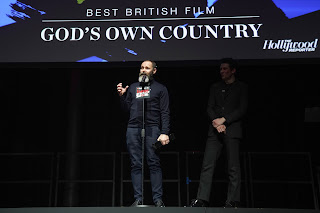 
BEST HORROR
Winner: Get Out
Mother!
The Autopsy Of Jane Doe
It
Split


BEST DOCUMENTARY
Winner: I Am Not Your Negro
I Called Him Morgan
City Of Ghosts
An Inconvenient Sequel
Jim & Andy: The Great Beyond 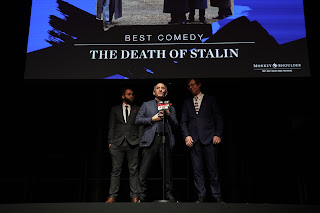 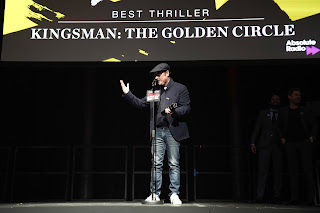 
BEST SOUNDTRACK
Winner: Baby Driver
Guardians Of The Galaxy Vol. 2
Logan Lucky
Beauty And The Beast
Call Me By Your Name

Guardians Of The Galaxy Vol. 2
War For The Planet Of The Apes
Thor: Ragnarok
Ghost In The Shell


BEST MAKE-UP AND HAIRSTYLING
Winner: Beauty And The Beast
Murder On The Orient Express
The Greatest Showman
Thor: Ragnarok
Ghost In The Shell 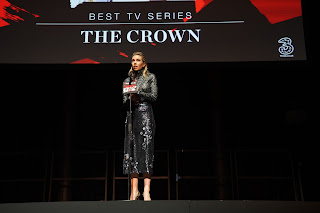