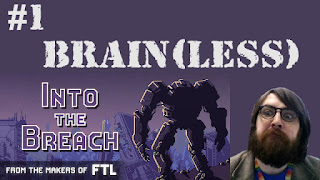 It's not quite a song of ice and fire, but there's definitely some rock in part 1 of the Defective Inspector's Let's Play video for Into The Breach by Subset Games...


This time on Into the Breach, the Defective Inspector discovers the difference between rocks and rockets, finds out that ice is a thing and is surprised he hasn't lost by now.

Read the Defective Inspector's written report on Into the Breach


Find Into the Breach on Steam