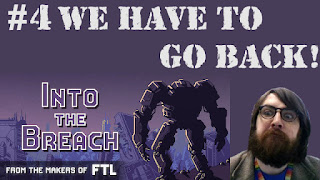 It seems the game is getting a tad more difficult in part 4 of the Defective Inspector's Let's Play video for Into The Breach by Subset Games...

"Why does the computer know more than I do?"

This time on Into The Breach, the Defective Inspector gets a new pilot, alphabetises his centipedes and thinks the game may be screwing him over - on ice.