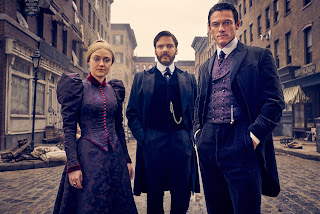 With The Alienist coming to Netflix next week, take a look behind the scenes at the birth of forensics and psychology in the capture of serial killers...

The Alienist, an unflinching psychological thriller set amidst the underbelly of New York City’s “Gilded Age”, follows Laszlo Kreizler (Daniel Brühl, Inglourious Basterds, Rush, Captain America: Civil War), a brilliant and obsessive “Alienist” in the controversial new field of treating mental pathologies, who holds the key to hunting down a never-before-seen ritualistic killer murdering young boys. Based on the award-winning, fan-favourite novel by Caleb Carr, with standout performances from Luke Evans and Dakota Fanning, The Alienist is a gripping, turn-of-the-century murder mystery like none other: the story of the emergence of the world’s most powerful city that will stop at nothing to bury its darkest secrets. 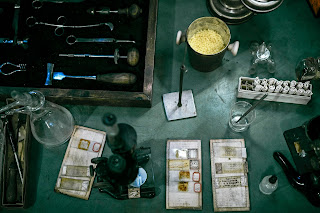 In The Alienist, Luke Evans plays newspaper illustrator John Moore and Dakota Fanning plays Sara Howard, an ambitious secretary determined to become the city's first female police detective. The series also stars Brian Geraghty as police commissioner Theodore Roosevelt, Douglas Smith and Matthew Shear as Marcus and Lucius Isaacson, twin brothers who help unravel the disturbing mystery; Matt Lintz as Stevie, a tough, young boy employed by Dr. Kreizler as a driver and errand boy; Robert Ray Wisdom as Cyrus, Kreizler's valet, a man with a dark past who has been reformed by Kreizler; and Q'orianka Kilcher as Mary, Kreizler's mute maid with whom he shares a special connection.

In this new featurette, the cast and crew discuss the rise of the unconventional and controversial methods of psychology and forensics during the late 19th Century.

All episodes of Season1 will be available on Netflix from 19th April.