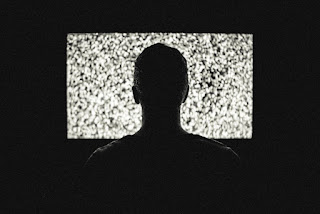 Steve Taylor-Bryant was set some homework and as per usual he gets other folk to do it for him. This article will contain spoilers if, on the off chance, you haven’t watched television in the last 34 years…

I was asked the question “What’s the biggest surprise or shock you’ve experienced in television watching over all these years?”

Firstly, “all these years” is a tad harsh don’t we think? I am not that old. Secondly, what constitutes a shock or surprise? That’s why I couldn’t answer it at first. There are so many things that could be deemed shocking or surprising. It could be a plot device or a character arc, maybe a cancellation or a pick up that nobody was expecting, or maybe the type of programme is the surprise. I started this feeling that I couldn’t make decision and answer the question without some help, so I asked people a lot smarter and better educated than me for help. Due to that thing a while ago and a rather antsy judge, those people will no longer take my calls, so I resorted to folk on Facebook instead. (Let a dodgy data mining company sift through this shit and find something worth selling!)

Talking to such wonderful people as our very own Nate McKenzie, my sister Sarah Arkless and the wonderful filmmaker AD Lane, it seems that death plays a prominent part in televisual surprises. For my sister it was the death of George in season 5 of Grey’s Anatomy which was, and I quote, “the worst moment of my television life”, for Nate it was a death in the last season of Halt and Catch Fire, a particular death in Lost season 3, and in The Leftovers where you find out that people you thought were dead in fact actually weren’t deceased. AD mentioned several deaths and went into a few details.

His answer from my Facebook page – “so recently, I finally got round to watching 6 seasons of 'Homeland' & my favourite character was Peter Quinn (played perfectly by Rupert Friend) well, there was a build-up of them killing him off in season 5, but he survived... & then out of nowhere they did end him in season 6... best build-up of a death scene I've seen in a TV show... before that I worked through Sons of Anarchy, let’s just say there's a lot of strong characters in that, that didn't make it to season 7, not to mention them killing their main character in the end sequence of the finale... Dexter was great with killing off people you cared about, like his sister... it goes back to being a teenager & watching One Tree Hill & Dawson’s Creek, when they killed off characters, some shows you just really connect to certain characters, to be fair, they have to run for several seasons for you to have that CLOSENESS to them, to care so much, so when after a few seasons they do end them, it's a shock, you know it's only a TV show, but it affects you... that's good powerful television... & recently on Designated Survivor, big shocking death scene of a main character, that you just go WOW... didn't see that coming.”

There was also a death mentioned by Ian Ham, but it was a death of technology not human life so I’m not sure it counts, plus it was where K.I.T.T. got demolished by Goliath in Knight Rider and, to be honest, the smug little git of a car had it coming.

Television has also changed in design and structure over the years. Ian Foulger lamented the death of educational programming during daytime television and the rise of nonsense and gossip shows, my sister mentioned the fact that we now tune into a show where we watch other people watching television and I suppose that is surprising, although I think it’s more representative of the lack of education in society that may have started via Ian’s point, but who knows? Our own Defective Inspector’s biggest surprise was the advent of streaming platforms. The fact that we can now just open an app and watch thousands of shows and films. Honestly, as a man who grew up with only three television channels I’ve spent most of my time being grateful for the likes of Netflix and not had chance to see how shocking the idea would have seemed to me about 20 years ago. In a world dominated by business and technological advances I am sure we'll find more surprises in the decades to come.

Cancellations seem to surprise a lot of people as well. Obviously, there was the Firefly cancellation, and the other decisions by Fox that made no sense, like the constant cancelling/picking up of Family Guy but to be honest I’m numbed to decisions by Fox I think. The cancellation of Doctor Who back in the day may sound like it should have been surprising but let’s face it if you are of an age that grew up watching Doctor Who in the 1980’s you aren’t really surprised, more annoyed at the inconvenience of having to find a new show. A few cancellations though have been surprising, like the decision to stop The Black Donnellys, mentioned by David Ames, after just four episodes really was a shock. Not only was it a great show, but to stop before a complete run had been aired seems ludicrous. Eventually all 12 episodes were released but it was certainly a shock at the time.

Character arcs also got briefly mentioned but after both my wife and my sister started mentioning the return of Dirty Den in EastEnders I felt the risk of a conversation about soap operas starting so to be honest I switched off, so you’ll have to find your own character shocks to discuss.

So, after conversations about death, television structures, the lack of good education, cancellations of shows that shouldn’t have been cancelled, and Ian’s inability to get over the fact that THE SMUG BASTARD CAR DESERVED IT, I must come up with my own definitive answer. So, I’m going for something that led to me to make an apology to an entire cast and writing staff. It was the surprise that a TV show I was adamant nobody wanted, a TV show I was convinced would be the end of the world as I knew it, actually turned out to be rather excellent. I am of course talking about the shockingly surprising Twelve Monkeys. It was written so well, it was perfectly cast, and perfectly executed. It led to me admitting I was wrong, which, let’s face it, is everyone’s biggest surprise.