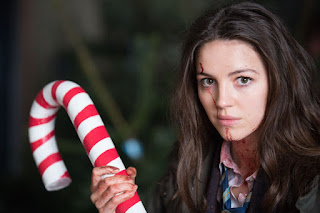 In its 72nd year, Edinburgh International Film Festival (EIFF) has unveiled a rich selection of Scottish films, filmmakers, acting talent and films shot in Scotland as part of its 2018 Festival programme...

Opening with a spellbinding performance by acclaimed Scottish actress Kelly Macdonald in the highly regarded drama Puzzle, this year’s programme is set to showcase some of the very best features, shorts, documentaries, animations, exclusive events and talent from across the country.

The Festival programme will showcase a host of features filmed and set in Scotland, such as much-anticipated cult comedic horror/musical ANNA AND THE APOCALYPSE, which was largely shot in and around Glasgow. The thriller CALIBRE, the debut feature for director Matt Palmer, which is also in the running for this year’s prestigious Michael Powell Award for Best British Feature Film, is set against the backdrop of Beecraigs Country Park, acting as the beautiful Scottish Highlands, and stars Scottish actor Jack Lowden (England is Mine, Dunkirk).

Audiences can look forward to Scottish produced pop-art drama MAKE ME UP by Glasgow-based video artist Rachel Maclean, the much-anticipated documentary WHITNEY, directed by Kevin Macdonald and ALMOST FASHIONABLE: A FILM ABOUT TRAVIS, a documentary directed by the front man of Scottish band Travis, Fran Healy. Fran and the other band members will be in attendance for the film’s World Premiere. Scottish director and former Michael Powell Award winner Kenny Glenaan’s DIRT ROAD TO LAFAYETTE, written by James Kelman, which follows a father and son’s journey from Scotland to North Alabama to visit their American/Scots relatives will also receive its World Premiere at the Festival.

There are also a number of documentaries by Scottish filmmakers, including BECOMING ANIMAL (one of the latest features from the Scottish Documentary Institute). Local cycling legend David Millar will be on hand to present Finlay Pretsell’s, TIME TRIAL, followed by an extended Q&A with Millar and TV presenter Ned Boulting. Meanwhile, Edinburgh-based documentarian and EIFF Honorary Patron Mark Cousins, will be on hand to introduce two of his latest projects THE EYES OF ORSON WELLES and STORM IN MY HEART.

Scottish talent Shauna Macdonald can be seen on screen in horror thriller WHITE CHAMBER, directed by Paul Raschid and the work of Scottish actors Tommy Flanagan and EIFF Honorary Patron James Cosmo will be showcased, with Flanagan appearing in crime drama PAPILLON, produced by Joey McFarland, David Koplan, Ram Bergman and Roger Corbi, and Cosmo in Anthony Byrne’s IN DARKNESS alongside Natalie Dormer and Emily Ratajkowski.

Audiences can again look forward to a preview of the hit Gaelic TV show BANNAN, catching catch the first three episodes of the fifth series, followed by a Q&A about the show filmed on the beautiful island of Skye and gently blending tones of soap opera, family drama and murder mystery. 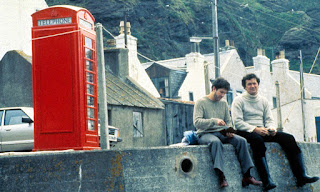 Taking a step back in time, EIFF will screen LONG SHOT by Maurice Hatton, which was filmed during the 1977 edition of the Festival and special event Behind the Curtain: Women & EIFF will be hosted by former EIFF Director Lynda Myles, who was the first female director of a film festival anywhere in the world, and Rachel Hosker, Archives Manager and Deputy Head of Special Collections at the University of Edinburgh. And nostalgia will be much in evidence as the Festival welcomes back Scottish director, Bill Forsyth, who will also introduce a screening of his classic film, LOCAL HERO, and participate in an extended Q&A with Royal Lyceum Theatre Artistic Director David Greig.

But it's not just live-action as a selection of Scottish-linked animations are confirmed for this year’s programme including Dorte Bengtson’s family film VITELLO, featuring Doon Mackichan in the role of Mother, and there's a sneak preview of Red Kite's animated feature PRINCESS EMMY, co-produced by the award winning Scottish animation studio and voiced by a host of Scottish actors, including John Hannah. The animator Elizabeth Hobbs will also be in Edinburgh to present a screening of her short animations in Elizabeth Hobbs: A Retrospective of Animated Work.

There will also be numerous Scottish shorts for audience members to enjoy including BLUE CHRISTMAS by Scottish director Charlotte Wells, Tom Chick’s MONUMENT: PARTS ONE AND TWO, Anna Stoltzmann’s MY HEAD ON THE MOUNTAIN, Evi Tsiligaridou’s THESE ARE MY HANDS and Francesco Rufini’s DOGMA. The Scottish Documentary Institute’s short film programme Bridging the Gap - Love will also screen. Furthermore, there are shorts from the Scottish Film Talent Network (SFTN), which is supported by National Lottery funding from Creative Scotland and BFI NETWORK. The shorts this year include 12 POINT KILL, BUNNY, I WAS HERE, LIFT SHARE, MY LONELINESS IS KILLING ME, NONE OF THE ABOVE and TOMORROW MIGHT BE THE DAY. SFTN short animation WIDDERSHINS will also screen as part of The McLaren Award: New British Animation 1 alongside LAUNDROMAT, a graduate film from Edinburgh College of Art's Bafta winning Animation course, directed by Madeleine Sayers.

EIFF Artistic Director Mark Adams said: “Edinburgh International Film Festival is renowned around the world for discovering and promoting the very best in international cinema and Scottish talent has always been at the heart of that. The Festival’s programme always helps shine the light on to Scottish themes, performances and filmmakers, and I am thrilled that once again we can celebrate this high-level of craftsmanship in past and present Scottish work in our 72nd year.”


Scott Donaldson, Acting Director of Screen at Creative Scotland added “We are incredibly proud of the strength and depth of Scottish talent showcased in this year’s EIFF Programme. As ever the dedicated team at EIFF have pulled together a dynamic and exciting selection of Scottish titles across many different genres, from feature films and documentaries to animation and artists film. We look forward to Scottish audiences getting a chance to enjoy, be inspired by and celebrate these films.”

For more information on this year’s Festival visit www.edfilmfest.org.uk.