The Defective Inspector puzzles through his investigations to get to the root of Q.U.B.E. 2 from Toxic Games...

Recently the critically acclaimed Q.U.B.E. welcomed its younger sibling onto the scene. Taken clear inspiration from the Portal franchise Q.U.B.E. 2 promised to question morality of choice and the true purpose of the Q.U.B.E. ship you swiftly exited at the end of the original game. You are Amelia Cross, a lady with more missing memories than a goldfish in a vodka filled tank. With a little help from Commander Emma Sutcliffe you will bounce, extend, ignite and create cubes to solve a series of relatively complicated puzzles. 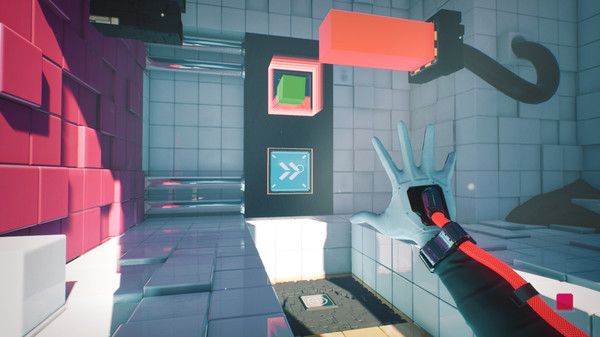 I said earlier the game took inspiration from Portal, and it does, but to say it’s a clone would be shameful and inaccurate. While the physics and puzzling solving elements mirrors the Valve phenomena the ways in which you solve the puzzles are very different. You manipulate objects and square surfaces which can be interacted with using your strange cube specific body suit/gloves. Furthermore Q.U.B.E. 2 takes a much more serious approach to its storyline with little to no time for joviality. Truthfully the lack of whimsy can sometimes be a tad disheartening, but it doesn’t stop the puzzles from being any less clever or interesting. 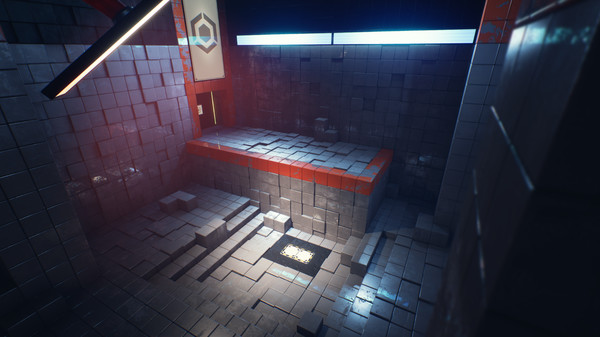 At the heart of this game are the puzzles themselves and to keep a logical approach to gameplay Q.U.B.E. 2 encourages a progressive introduction of new mechanics without overwhelming the player. Each of the 11 available chapters provide either a new glove power or instead a different object to interactive with. Each of these chapters contain about 6 different puzzle rooms where you must use a new technique or object to challenge the well-planned imaginations of the Toxic Games group. I will admit as a PC veteran I never found any problem too complicated to solve, in fact the earlier levels felt a little like hand holding through the basic elements. It wasn’t until about chapter 7 that I felt the hamster on the wheel was needed, but the sprinkled dialogue between Emma, Amelia and the Q.U.B.E. ship allowed me to be remain driven to push forward through some of the unexpected tedium. I want to be fair and say the difficulty level may have been set for all kinds of players, veteran and new, so the balance was set appropriately. If the goal was to make the puzzles complicated but forgiving, then they nailed it. 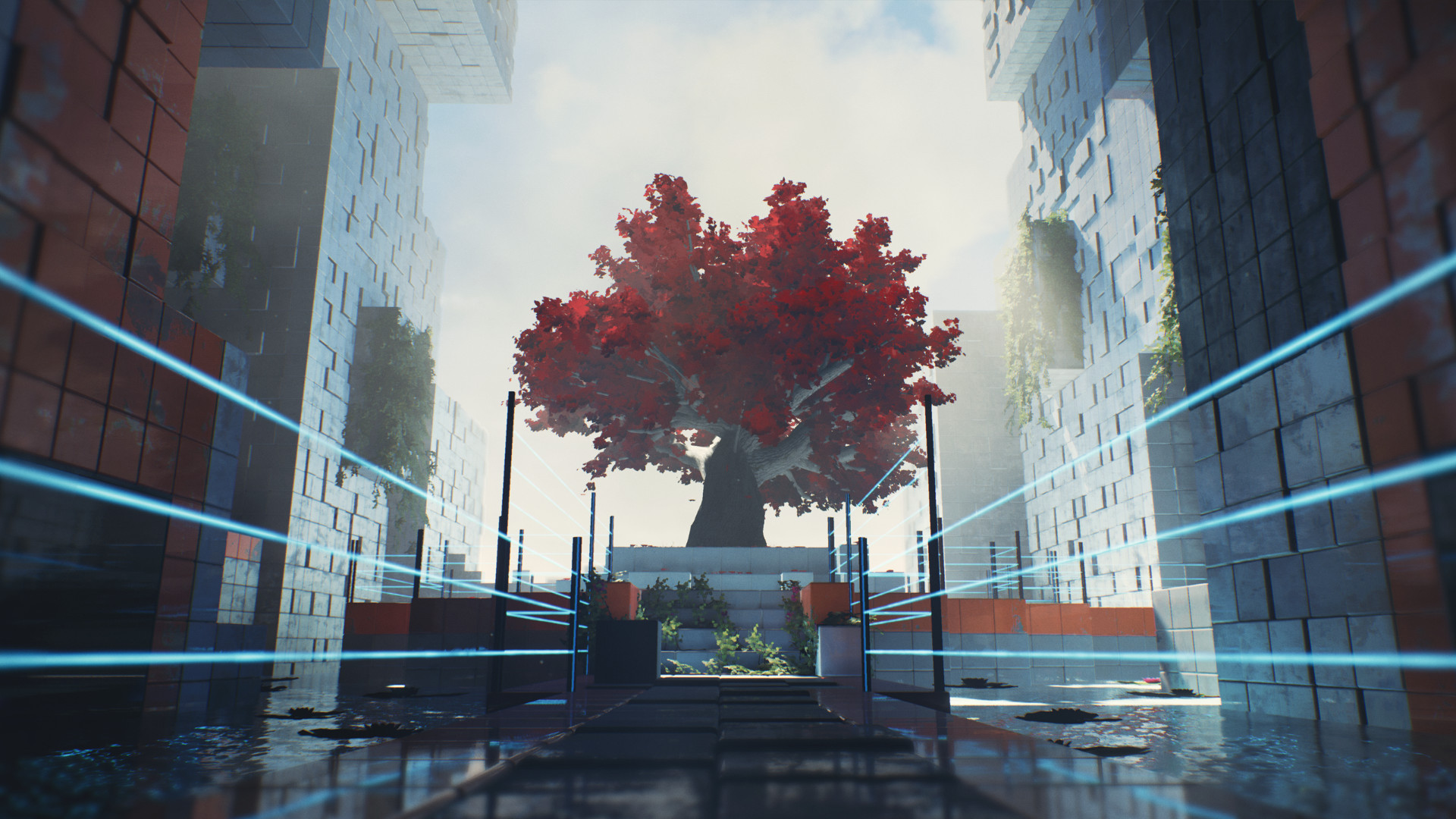 Now we come to the graphics and the audio. Visually Q.U.B.E. 2 was much smarter than I initially gave it credit for. I expect bland flat cube structures scattered amongst neon pipes, when I started to play I was impressed with the amount of details. The cubes placed against the walls were uneven and occasional protruding, adding an flaws only possible by a living organism. There are brief moments of well-placed lighting and vibrant foliage also served as a welcomed juxtaposition against the battleship grey I became accustomed to. The audio however was much less impressive, but I suspect that was on purpose. The use of sound beyond the dialogue was given sparingly, meaning when heard they set the tone so forcefully you both take notice and feel the foreshadowing of events. Visually and audibly Toxic Games knew that less was more. 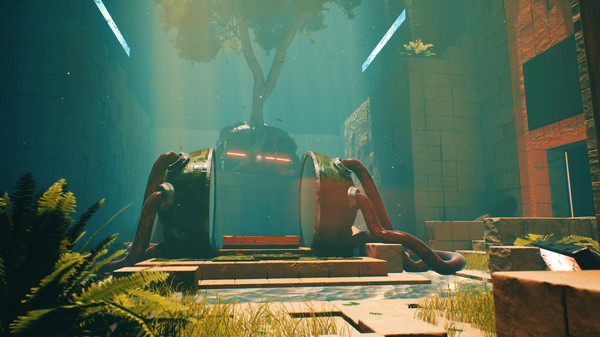 Now while I enjoyed many aspects of the game there are a few things that got under my skin. First of all, I found the pace of the character purposefully limited. Running was out of the question and so each time you needed to go from puzzle room to room I wanted to kick Amelia square between the cheeks to force her forward. I resorted to old school method of jumping every other turn step as I presumed it made me faster. The other bone I must pick is with the storyline, while it was needed as a driving force for me to continue unlocking rooms and solving puzzles the plot itself was always a little flimsy. Truthfully my questions rarely got answered to reasonable level of satisfaction. It was like buying a cake without frosting, technically a cake but, god dammit, I wanted frosting! 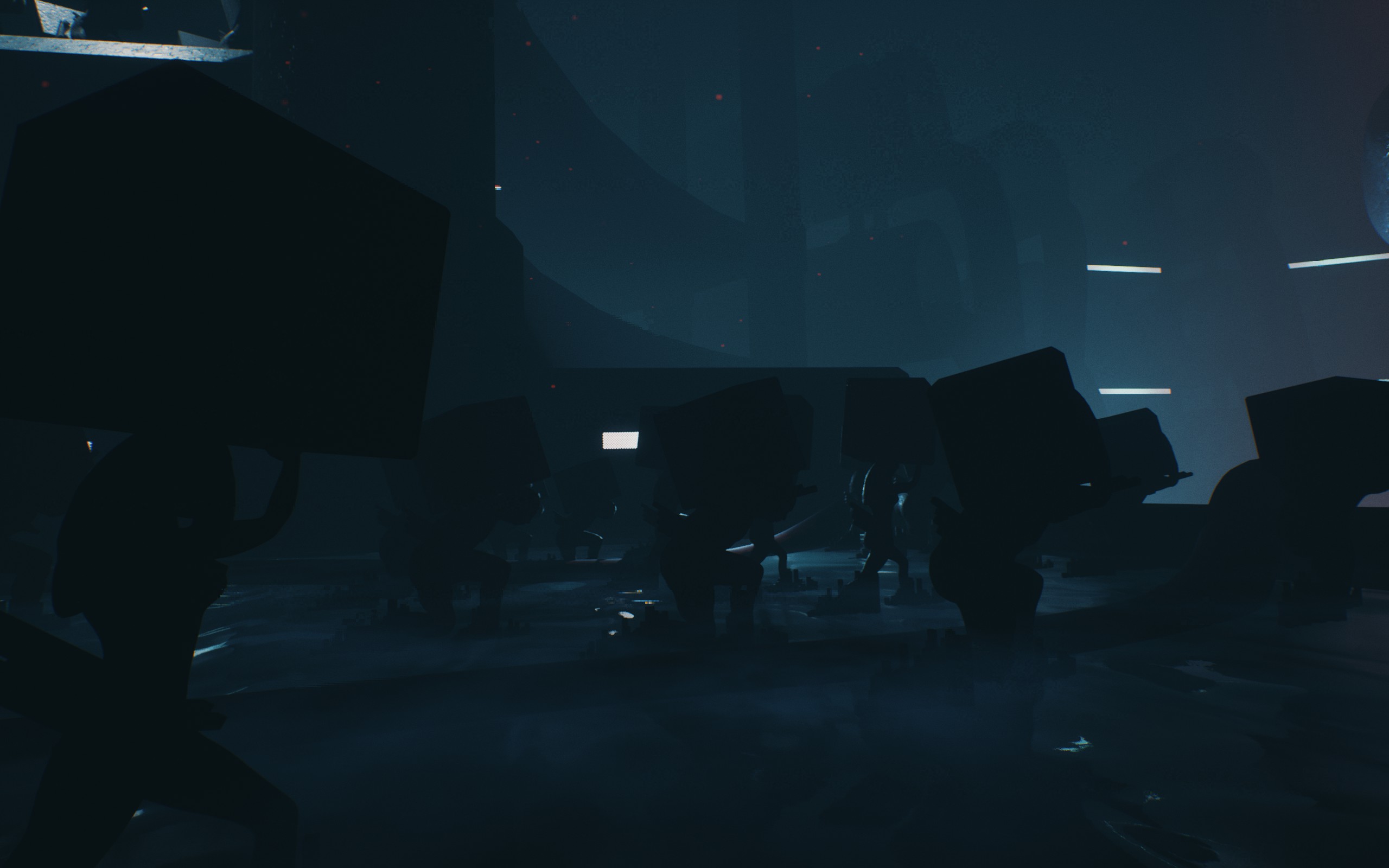 While the greatest challenge I had to endure was the slow pace of Amelia Cross I cannot deny that Q.U.B.E. 2 is a good solid puzzle game. Graphically, audibly, technically and gameplayably it ticked all the boxes or rather QUBEs of a game anyone would enjoy. See what I did there? Very witty.

Images from Steam or personal gameplay.
Email ThisBlogThis!Share to TwitterShare to Facebook