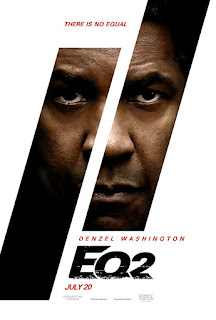 Denzel Washington returns to one of his signature roles in the first sequel of his career. Watch the second trailer for The Equalizer 2...

Robert McCall serves an unflinching justice for the exploited and oppressed – but how far will he go when that is someone he loves?

The Equalizer 2 sees the return of  the team behind The Equalizer as it is directed by Antoine Fuqua from a screenplay written by Richard Wenk. As well as Denzel Washington, Bill Pullman and Melissa Leo also reprise their roles from the original film, joined this time by Pedro Pascal and Ashton Sanders. The film is due to hit the big screens in the UK on August 17th.