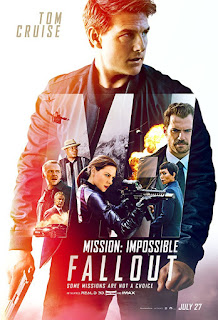 You know how Tom Cruise likes to do all his own stunts in films? Watch how he got on with a HALO jump in this Behind the Scenes clip from Mission Impossible: Fallout...

What's a HALO jump I hear you ask? Well, the clip will tell you but it's essentially a

parachute jump. Or, in other words, the idiot parachutist will jump from the aircraft at heights of over 25,000 feet, free-fall for a period of time at terminal velocity, and open their parachute at an altitude as low as 2000 feet. This combination of high downward speed, minimal forward airspeed and the use of only small amounts of metal in the suit, parachute and harness, helps to defeat radar and reduces the amount of time a parachute might be visible to ground observers, enabling a stealthy entry into a foreign country.

In other, other words - he's just mad.