The Defective Inspector holds the fort and writes up a report on StackFortress by Overimagined Games...

I like to reach out to new developers, in this case I had the chance to try out the quasi-Tower defence early access game StackFortress. It has no plot, yet, so I have to look at this game based completely on its gameplay, replay-ability and innovation. The sad truth is this game is not up to scratch… Yet. Let me explain. 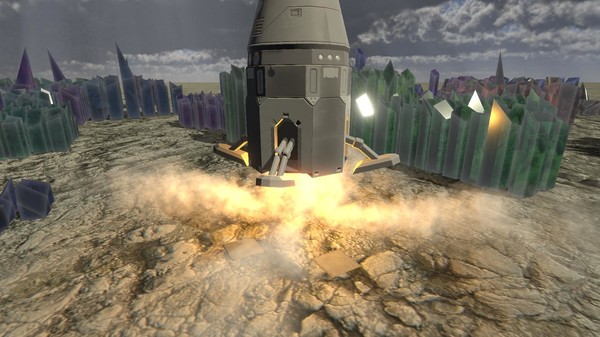 The game starts as your bloated rocket ship thing-a-bob lowers gently onto a desolate crystalline surface. Your immediate goal is to start mining the crystals around you to fund an ever-expanding defence structure for the excessive strip mining you intend to undertake. That is all the motivation you have for the moment and I’ll forgive a game in Early Access as the purpose of such titles is to grow and develop. 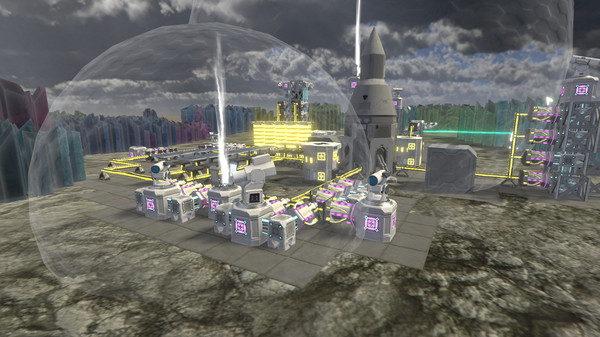 So I setup my mining lasers, build a couple of defence towers (one of two available turrets right now) and allow for the first wave to arrive. I enjoy taking out the strange glowing red alien/enemies/robot things, chuckle to myself and go on my merry way. Immediately it’s clear that pathway mechanics do not exist in this game, the robots run headfirst through the power of flight into my ranks, tactics really does come down to the number of turrets I can build in a reasonably wide area. So I continue my expansion, I build more lasers (both mining and defensive) and construct a few shields to approach this game like a Rambo frenzied turtle.

Here is where I have problems. The game hasn’t posed a tremendous challenge and while the waves are getting more difficult they are easily manageable. Repetition starts to grind away at my will to continue and I decide to just shut down the game for a while. The idea of returning to the game seems unpleasant so I decide to reload and try out the one other tower as a defence line, it doesn’t really change much of anything. I realise at this point I can technically build up, allowing me to expand into the 3rd dimension. I didn’t need to, mind you, but knowing I could was entertaining mechanic. If the enemies arrived at various levels of the sky I think that would be a fun element, but no such feature exists yet. 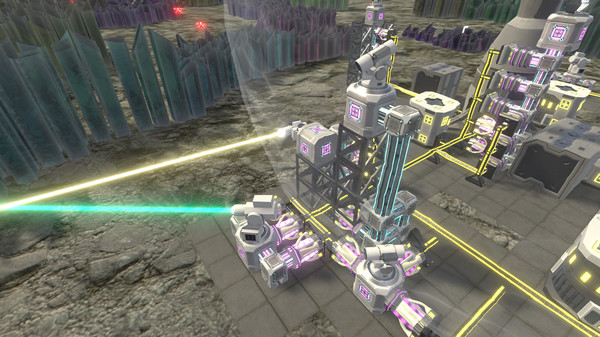 The lack of variety hinders my potential of enjoyment so I rush back to the patch notes to see what new is due to arrive. Maybe if I wait a little longer things will change/improve so I can be kinder in this article. I start to wonder when this game will become more rounded and seeing an update black out for a month when the game has only been on Steam for three is a bad sign. I get this unpleasant feeling in my stomach that StackFortress wasn’t doing all too well and the creator is losing motivation to continue, ironic since that’s how I felt playing.

I mean many parts of this game needs improving. Variety of towers is a first, ability to change speed during gameplay and some basic plot would be nice. Additionally, there is currently no music and I felt uncomfortable while sitting in silence. Right now writing this I am trying to find redeeming qualities for the title but I am struggling, this is currently not a good game. 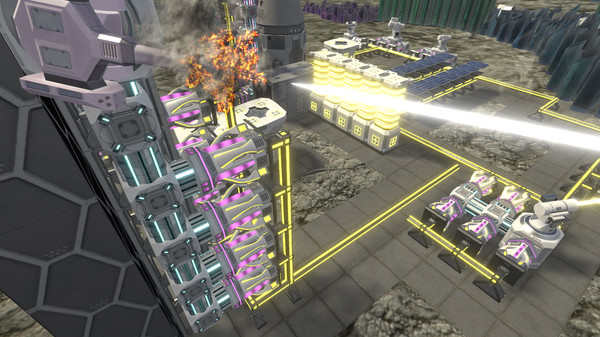 The potential is there though, using the stacking mechanics with the enemies would be a great new way of thinking. There is a temperature system being developed where you can over/under power your towers based on overheating and that could be pretty damn fun. But if you asked me should you buy the game now… No I wouldn’t. Unless the update log starts to become more frequent and big changes are made quick it won’t be long until StackFortress falls into the gaps between a billion other indie games on Steam.

So in a rather brutal way I have to summarise. It’s simple, slow and needs a lot of work. There are some good ideas floating around and the potential to develop them but unless Overimagined Games pick up the pace we may have to just accept StackFortress doesn’t measure up.