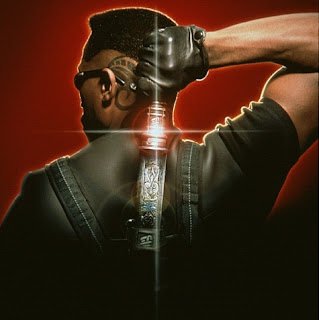 Thanks to social media and the calendar, Susan Omand finds an excuse to list her top 5(ish) Wesley Snipes films...

Sometimes serendipity strikes. I saw one of these Facebook “nominate post” thingies (tech term) the other day, where you’re given an actor and a set of questions to answer about your favourite/least favourite etc films of theirs, you know the kind of thing. The one I noticed saw our great and glorious leader Steve being given Wesley Snipes. Here’s the answers that he gave:

Now, while I agree wholeheartedly with his answers, it got me to thinking about Snipes’ other work and whether there were films that I would have added in instead. Looking back through his filmography, Snipes' starring roles have seen him typecast A LOT as the good guy cop/CIA agent sent after rogue criminals or the ex-CIA guy that has to get a buddy (or himself) out of trouble with the bad guys, and that’s what people tend to remember him for, other than Blade of course.

THEN I found out that today (31st July) is actually Wesley Snipes birthday, so that gave me the perfect excuse to list my Top 5-ish* Wesley Snipes films (that Steve hasn’t already mentioned). But first, an honorable mention for King of New York, a film that he was in enough to make it on to the trailer but not his star vehicle and, to be honest, Christopher Walken stole every scene in that film so much that I bet you don’t even remember the rest of the cast. A brilliant film but not really a Wesley Snipes film. Anyhow, on to the list: 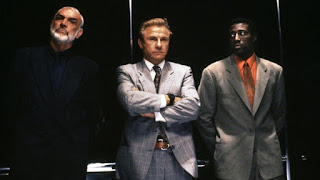 Having spent much of the last two paragraphs talking about how Snipes is always typecast as a cop, in Rising Sun, yes, he’s a cop. But a cop with a difference as he’s buddied up with Sean Connery in a tense, although not totally action packed, high tech adaptation of a Michael Crichton thriller set in Japan. 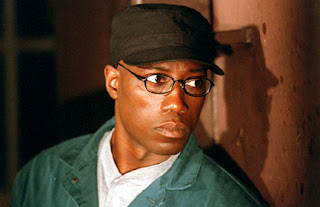 Our first chance on this list to see Snipes in the rare role of The Bad Guy, as a prisoner on the run from Tommy Lee Jones in this sequel to The Fugitive. 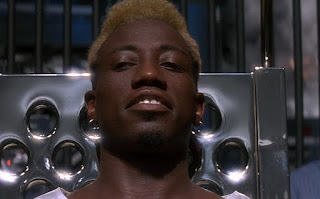 Oh, what? I LOVE this film. It does help that it’s got Sylvester Stallone in it, sure, but Snipes again makes an excellent bad guy in this violently fun sci-fi. Which, incidentally, is now set only 14 years from now, in 2032. Yikes. 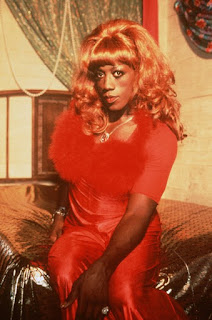 2 – To Wong Foo, Thanks for Everything, Julie Newmar

Wesley Snipes looks amazing in drag. What else is there to say really? It’s a fun, frothy, inoffensive film that touches on, but maybe doesn’t really tackle, the heavier issues that Priscilla, Queen of the Desert gets into – instead it’s all about the feelgood, the spangles and the heels. And why not? 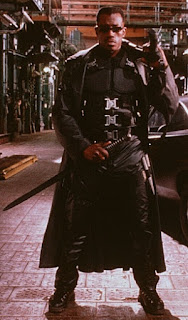 Yes, I know they’re mentioned in Steve’s answers too but, look, it’s Wesley Snipes we’re celebrating here, so I couldn’t not include them. The films were all incredibly cool, violent, gory and true to the source material. Also Snipes IS The Daywalker for me, I really can’t see anyone else in the role now. So they’d better not be thinking about a reboot…