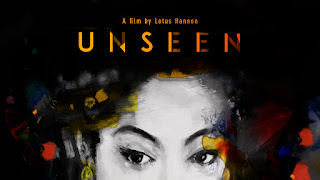 Unseen is a new short film currently being crowdfunded by writer/director Lotus Hannon. Find out more about the film and the campaign as it enters its final two days...

A Vietnamese woman supports her family by supplementing her income through sex work, which threatens to consume her sense of self and stretch her resolve to breaking point.

The film tells the story of Lien (played by Jan Le), a young woman who is desperately trying to escape the underclass, and looks at the prevalence of racial sexual fetishisation, the allure of the "exotic", drawn against the long shadow of economic power.

Unseen was born out of writer/director Lotus Hannon's own frustration and struggle of being a woman and trying to make her voice heard. She says "All women are faced with the challenge of being seen, appreciated and valued for something beyond what they look like and their sexual identity."

Hannon hoped that the film will highlight the increased problems of objectification faces by, particularly, East Asian women, especially those who work in the sex industry who are expected to be "obedient and submissive", and that Unseen will prompt questions and allow conversations to take place about why these, and other, assumptions are made, purely because of a person's race. She goes on to say that "Lack of financial independence and equal rights mean many women across the world are reliant on sex work as a means to survive and support their families. Sex work has flexible hours and can pay far higher than any other manual, untrained work. For some women sex work can be a positive choice but it is not one without risk or consequences."

When we asked her why she was crowdfunding the film, Hannon highlighted her own issues with getting accepted in a still male-dominated industry, saying "As a female director, It’s very difficult to get funding through traditional routes so we’re hoping though the collective power of crowdfunding we can bring important stories from the margins that need to be seen on the big screen.”

Even though the film has now successfully funded, you can still support it and become a backer as Lotus has set up new stretch goals, including submitting the film to more festivals and improving the music and credits to the film to give it as polished a presentation as possible.