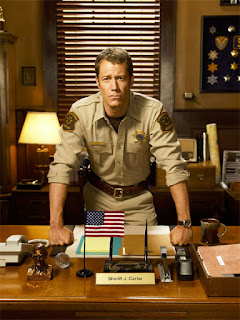 All five seasons of Eureka are now on Amazon Prime. Watch the trailer...

Read Susan Omand's article on why you should watch Eureka.

What if the US government secretly funnelled all of the country’s most brilliant thinkers and scientists to a tiny town on the West Coast? Welcome to Eureka, where top-secret experiments, eccentric citizens and mysterious forces in combine in a formula that seems doomed to combust.

Starring Colin Ferguson, Salli Richardson-Whitfield and Erica Cerra, Eureka (known in the UK as A Town Called Eureka because of a clash of names with a 1980s kids science show) ran for 77 episodes from 2006-2012 and it hasn't dated at all in our opinion.