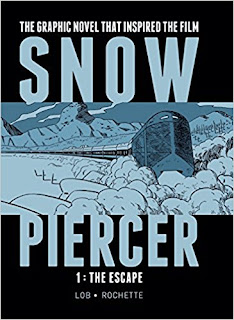 Netflix has announced the pick-up of the Snowpiercer TV series...

With the hit film never having had a mainstream cinema release in the UK, although it made it to Edinburgh Film Festival in 2014, it's good news for us that Netflix has now boarded all-new futuristic action thriller Snowpiercer. Through a deal with ITV Studios Global Entertainment, Netflix will premiere the series co-produced by Tomorrow Studios and Studio T to its members globally outside of the U.S. and China in 2019.

The series is based on the film (which was based on the French graphic novel Le Transperceneige) and, set seven years after the world has become a frozen wasteland, Snowpiercer centres on the remnants of humanity, who inhabit a gigantic, perpetually-moving train, the eponymous Snowpiercer, that circles the globe. Class warfare, social injustice and the politics of survival are questioned in this riveting television adaptation.