The Defective Inspector adds some bite to his bytes as he plays Tooth and Tail from Pocketwatch Games...

Imagine a world where Soviet Russia is rising, the people are forming into a mass and the smell of rebellion is in the wind. The folks have split into factions divided through social classes and the world is scrambling to gather food for the coming war. Sounds awesome doesn’t it? Now imagine… They’re all animals. Rats, weasels, boars, badgers, pretty much anything you can think of living inside a Sylvanian house. Oh, and they’re all cannibals… Yeah that’s Tooth and Tail. 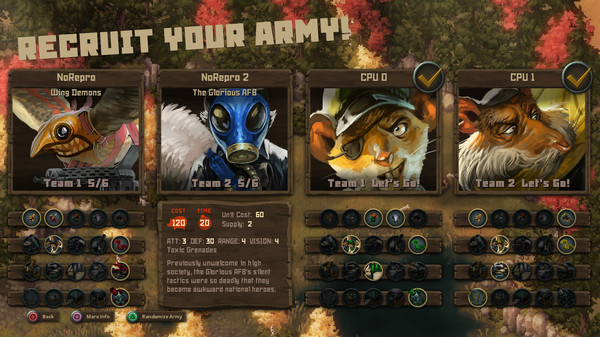 As a game Tooth and Tail is a base acquisition war RTS where the simple objective is to grow your forces, claim land for food and destroy anyone who stands in your way. You have a couple of options if you want to rule the rodent Russian world. You can either go through the campaign, a surprisingly well thought out narrative which steadily helps you understand gameplay. You get to play as all four factions (we’ll come to that later) as each one tells their version of events. Without ruining the plot there is politics, cannibalism, a lottery to decide who becomes the food and extremely familiar stories involving peasantry, secret police and a ruling upper class. There are very obvious Soviet Union references throughout the game, but the darkness of flesh-eating civilisations and starvation is masked by the animal persona. Amusingly if the game had been produced with humans as the main focus I am not entirely sure it would be allowed. 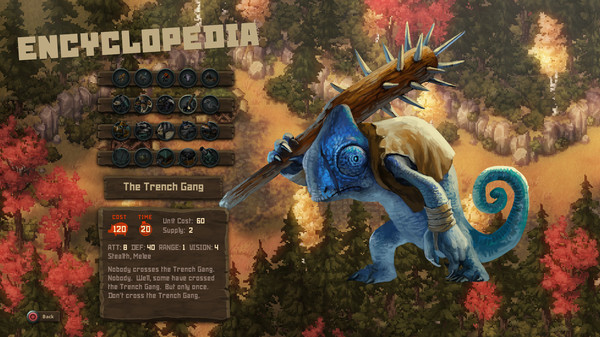 Darkness aside, the gameplay is solid. While the campaign guides you through a very particular set of tech tree the actual gameplay, multiplayer and AI skirmishes, give you complete access to everything your twisted heart desires. This means the game expects you to be creative with different units allowing you essentially make a custom faction. You can try and swarm armies with thousands of squirrels, use invisible chameleons to sneak up on the resources or vomit undead mice from a giant owl. Either way, you control your destiny and that is why the game is so well balanced. When you create factions there will inevitably be balance issues but in the “true game” the factions are purely cosmetic by simply changing the colours, commanders and voice actors. 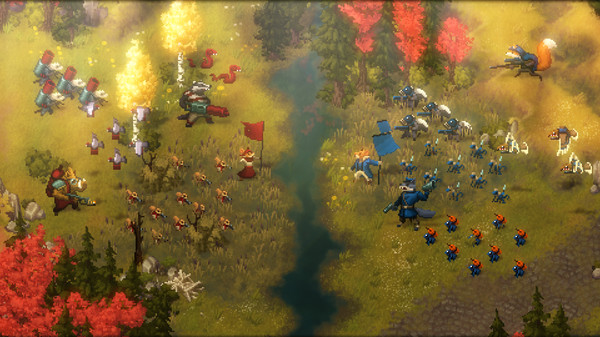 One of the downsides of the game is also it’s charm. Once you’ve finished the campaign, albeit a very good campaign, it’s all quick bursts of battle to hone your warfare skills. While this can be rather enjoyable in short bursts it doesn’t keep me entertained for long periods of time. Best/worst of all the rapid-fire intense gameplay starts to take its toll on your senses and a break is almost mandatory. There is no rest for the wicked and they are everything in Tooth and Tail, so don’t expect respite. If you are not moving, you are failing. There is even a game mode designed for quick matches which just blew my mind. The biggest gains from the game however is control of the leader board, which isn’t really my cup of tea. But I do see the appeal…

Overall Tooth and Tail is a title with great music, clever story and solid gameplay. While it can get frantic at times there is no doubt it’s worth the money, even if you are forced to give it to the secret police afterwards.