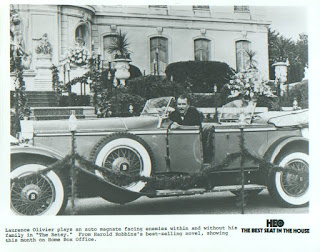 Steve Taylor-Bryant finally follows his own Reboot Rules for a What If film remake article...

A while ago I put all my cards on the table and expressed the opinion that reboots and remakes are fine by me in the main, there’s too many and some pieces of crafted art should never be touched but with some boundaries they have their place. In my original article I mentioned The Manchurian Candidate and Oceans 11 as reboots that I really admire and that led me back to those boundaries, there had to be rules put in place.

Here were the rules I came up with in that article...

1 - The 40 year rule.
2 - Do something different with your casting and storytelling.
3 - Give careful consideration to the time and place you are setting the remake in.
4 - If your first idea is to bring in Michael Bay then you are wrong and need to seek immediate medical assistance.

I wrote this three years ago and, as with everything I write, it was instantly forgettable, even to me, but then a conversation happened on social media recently that led me to dig out the rules I'd written. The conversation wasn’t important, it’s the reminder of the “40 year” rule that led to today. I’d set these rules in stone, they were the ship I was willing to go down with (along with Val Kilmer’s The Saint is a good film - Ed) and yet I left it there and didn’t do anything about them! That’s how slack I really am and gives you an insight into my editor's daily struggle to wipe away my gin dribble and get me to put words on paper. So as way of an apology to the Ed, and to kick my own arse, I took up the challenge of following the rules I’d set for a What If? article, where I basically play a studio head and greenlight an imaginary film project. First rule was 40 years, studios aren’t allowed to touch anything younger than that so my first challenge is to pick some films from (he’s counting on his fingers now. I’d laugh if it wasn’t so sad -Ed) 1978! Wow, okay, I was three years old. To Wikipedia!

That’s actually a pretty awesome list to be fair! What we have here is (he’s counting again. This also requires toes - Ed) a combined total of 18 Oscar nominations and a combined 6 Oscar wins, alright so The Deer Hunter was 9 nominations and 5 wins and everything else came from Heaven Can Wait, but still there’s some really juicy material on that list prime for rebooting. So, let’s pick our film. The Betsy. 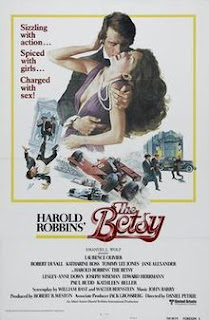 No, wait come back! I know it’s the least critically acclaimed of the list, I know IMDb has a rating of 5.1 for it, but don’t you see? That’s why it’s the one. Try and make The Deer Hunter today and the zeitgeist is coming around to burn your house down, you can’t win on that one. I don’t want to reboot any war films, I’m a middle aged white guy and my flaws in that regard mean I’m not capable of remaking The Wiz, and I like Every Which Way But Loose as it is. The Betsy is where it’s at. Trying to make a film about fuel efficient vehicles in 1978 was a ludicrous idea, but in today’s enlightened and global warming savvy era where environmental issues are are at the fore? You just have to change fuel efficiency to electric car and already the film is better without even getting to the family intrigue and hidden secrets, and revolving door of incest and infidelity. It’s an epic tale of family, of power, and of resistance to change that lends itself to today just as well as it did when Harold Robbins released the novel it was based on in 1971. Basically think Dallas but with better actors and a director that can tell a decent tale with maybe just a little of a political message. I’d go watch that, wouldn’t you? 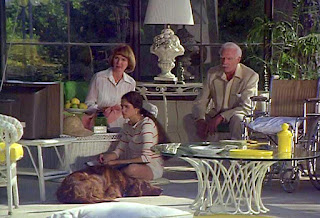 I really like Bennett Miller as a director. I’m a big fan of Capote, Foxcatcher and especially Moneyball. He can take even the most complex story and boil it down to character. His characters, whether real life or not, are always richly fleshed out and detailed, every nuance of their life shown on screen in a remarkable way. He has beautiful visuals in all his work so far, working with some top names in cinematography, Greig Fraser and Wally Pfister amongst them so, with rich and developed characters and an eye for a beautifully shot story, we have our director. The Hardeman family and the rest of my cast will a tougher decision. 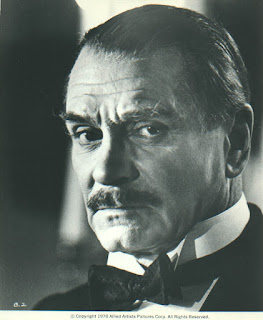 Head patriarch and motor industry magnate Loren Hardeman Sr. was originally played, albeit not that well and too tongue in cheek, by Sir Laurence Olivier. That’s going to be my main problem. I need an ageing star that still has gravitas and watchability. The people you want are sadly no longer with us, or retired. As studio head it would take some convincing but this is imaginary so I can pretty much do what I want, step forward Mr Robert Redford! Redford is an icon, Redford has gravitas and an ability to make anything better by just being involved in it and I can’t think of any actor that could step into Olivier’s shoes better. 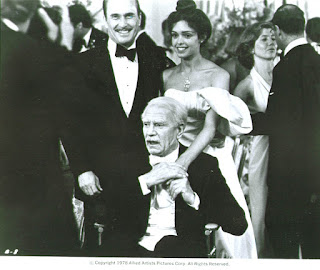 For Robert Duvall’s character, Loren III, your looking for the eldest son, heir apparent, so with Redford as dad it’s quite an easy pick really - Brad Pitt. The acting chops to replace Duvall, the onscreen magnetism to be all things to all men and women, and has a history of performing well with Redford, never overawed. His wife, Alicia (originally played by Jane Alexander) is a tougher proposition. I need someone who can play the slighted wife, be angry at affairs whilst having them herself but not seem like a hussy. I need an intelligence and vulnerability but also some inner strength and determination. Whilst the part is maybe not as big as this actress is used to, in my mind Alicia is the glue that holds this entire story, and family together. Perhaps the most important member of my cast is Jessica Chastain. 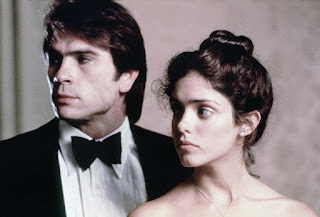 There is of course Loren III’s British younger mistress in the equation and I’ve plumped for Felicity Jones of Rogue One: A Star Wars Story fame for that as I would watch anything she is in. One of the most talented young stars available to a studio executive today. Speaking of which we need two more young stars, Loren Sr has a granddaughter, the titular Betsy, he wants to invent this environmentally friendly and affordable vehicle for, and whilst not a scene stealing role it still needs an impressive actress to play it and that pretty much sums up Olivia Cooke.

And finally, the young racing driver that is secretly helping to develop the Betsy vehicle whilst embroiling himself in the most weird of family dynamics. Originally played by a Tommy Lee Jones just about into his thirties (and still looking old - Ed) the role of Angelo Perino is another that needs a multi faceted actor. They have to have the charisma of a racing driver, in my story a young Indy Car racer in his twenties, the ability as a an actor to carry both stardom and fame but be able to slip into the weirdness that the Hardeman family will possess. I’m becoming quite a fan of one such star, from his work in Call Me By Your Name mainly, and have wanted to include Timothée Chalamet in something for a long time.

So there we have it. My cast and director. But did I fulfill the brief? Did I follow my own rules? Rule 1 was the film has to be 40 years old and The Betsy was released in June 1978 going on to make about $17million at the box office, so yes rule 1 accomplished. Rule 2 stared I had to something different with cast or story. Well, I’ve cast it better to start with, not one of my stars would let me down and my director is top notch. I’ve also taken the original basic premise of going against the big motor industry but modernised it for today’s world so I’m happy that rule 2 is covered. Rule 3 is covered in this instance by rule 2. By using global warming and the introduction of electric vehicles to battle our modern environmental problems I think I have definitely given consideration to my setting. And rule 4 was easy, Michael Bay never gets anywhere near my projects, I told security not to let him on the lot.