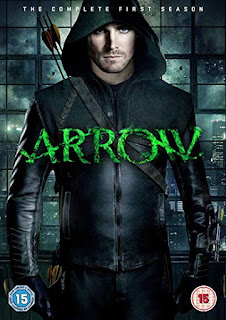 Destiny leaves its mark as Kraig Taylor-Bryant begins a re-watch of Arrow. Here's his thoughts on Season 1...

So, after finding out that the new season of Arrow is coming up, I thought I’d revisit the older seasons of the hit show to get back into the spirit of watching it.

When watching the first season, I began to realise that every superhero story has some form of monster origin story, meaning there’s always a cause for them becoming something horrible, in a way that they weren’t before. It may be an inner conflict of the hero's that affects their better judgement, or simply a man/woman who changes into something horrible because of something that happened to them. But what I also noticed when I was flicking through the episodes of Arrow, was that there were two big factors that can create a monster/make people see you as one, and that is family and secrets.

The first season of Arrow generally seems to be one of the darker seasons, at least in my opinion, with the fact that, by the end of the run, the bad guy (surprisingly) wins, and there's a sense of betrayal in many different characters, especially throughout Oliver’s family. With Thea's use of drugs as a young adult following her hard life, dealing with the loss of Oliver and her father over the past five years, leading into the plotline of the infamous drug lord “The Count”. This seems to involve family, and it may not have made others see Thea as a monster, but this story arc did lead Oliver down a dark path, one that made his enemy suffer as much as they made other suffer, almost making him just as bad.

This season also does a very good job of balancing out the plotline to shift focus to different characters as the story of the show progresses. The episode that introduces Diggle’s Vendetta against his brother’s killer, and how he starts to interact with his brother’s ex-fiancée romantically, after dealing with the loss of his brother for a long time, makes for a slightly awkward, yet engaging story. We also get a storyline involving Oliver helping Laurel with her situation, involving a killer going after a child that she is protecting. I think even such a story as this is important because it develops Oliver as a character, and the fact that he does still care about Laurel but at the same time, he doesn’t want to hurt his best friend Tommy, who recently got together with her. It may even make Oliver appear more like a monster, because the woman that he once cheated on, with said woman’s sister, he is choosing to help and remain close to, despite what he had done, instead of moving on, and choosing to help one of his friends that he recently made and who has had his back whenever it was needed, he chooses to keep himself involved in this woman’s life, which not only makes things complicated with her and Oliver’s friend Tommy, but even tears Tommy and Oliver’s friendship further apart.

In other such “filler” stories, we see a strong theme of discourse among family members, and how family can make you do horrible things to hurt others. One episode that comes to mind is the episode “Legacies”, which follows a family of bank robbers, who lost their house and their jobs because of Oliver’s father, leading them to pursue a life of crime, to try and make their lives better financially, whilst also hurting others by taking their money. Oliver’s mother does something similar throughout the season to keep her children safe, by working for Malcolm Merlyn, but ironically, she loses their trust because of these secrets. Thea starts to believe that her mother is cheating on her step father Walter, with Malcolm Merlyn, forcing her to distrust her, and her mother cannot tell her the real reason, whilst also losing Oliver because he realises that she is hiding something, and even has to confront her as “The Hood”, to be later in the show known as The Arrow. 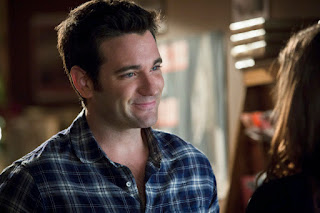 The season also seems to play on the theme of secrets through the fact that Oliver has to keep his secret identity from so many people close to him, but at the same time, the show discourages these secrets, by showing us how they can push people further away, which we see a lot with Tommy, and how Tommy reacts to finding out that Oliver is the killer with a hood. This contrasts well when comparing the large amount of time they spend together at the very beginning of the show and what little amount of time they spend together towards the end of the season because Tommy finds out the secret and can only see his friend as a murderer. This makes the season seem more depressing and gritty, but in a good way, because the fact that Oliver doesn’t have the time and isn’t thinking about others for a lot of this season gives us an idea about the dark experiences Oliver had on the island and how that’s affected his mood as soon as he gets back, even though we don’t know very much about his time on the island at this stage in the show. Because of the way he is in this season, he doesn’t think to explain why he is on this crusade to Tommy. We even see Oliver get pushed away by his mother in this season, which sort of gets reversed when Oliver finds out that she is withholding secrets far worse than his own.

I also found that even in the flashbacks we see the horrible things people can do to protect their family, after introducing Yao Fei to the show early on, we soon after this see him betray Oliver, but we don’t learn why until a little later on. But when we do learn, we find out that he helps to capture Oliver, and even claims responsibility for a missile attack on behalf of the Chinese government, which would have caused a war, had Oliver not helped in stopping the missile. Even though Yao Fei did give Oliver a knife to try and help stop the missile attack, he still risked a war between two governments to keep his daughter alive, almost brandishing himself a traitor in the process.

I think what was most interesting about this season though, was the importance of Tommy, the fact that he represents a part of the home that he returns to, and the youth from before he left. When Oliver returns home he acts as if that’s the kind of life he wants, until he quickly decides that instead of balancing the lives out he just wants to focus on honouring his father, which helps him to bring out the monster inside him more. And its only when Tommy is dying that Oliver realises how much he needs to be close with his family and his friends so that he can keep them safe, because, as we saw later in this season, he keeps making selfish decision and choosing what he wants over what’s best, and like Diggle says “there is more than one way to honour your father” which could even be just to be a better person, to improve the Queen legacy.

Overall, I think this season of Arrow is very dark and gritty, with a good mix of filler episodes, that still felt necessary to the development of Oliver Queen, whilst not serving the main plot, and the episodes that did follow the main plot helped to show us as an audience the darker side of all the main characters in the show. At the same time however, I do believe that this season is one of the more slower paced seasons, but when you’re trying to introduce an audience to so many characters, and you want to try and hint at enough about a persons past to help the audience understand what Oliver is talking about, you’re going to need a lot of episodes to do so.