Last year Steve Taylor-Bryant delved into the unknown as he broke down twelve seasons of Supernatural into 12 Top 5 articles. Now he catches up with his Top 5 episodes from Season 13...

After not enjoying half of season 12, and with an unexplainable hatred of the Mary Winchester character, I went into season 13 more than a little nervous. I’ve put 12 years of my life into watching this show and a bad season now could mean it’s all for nothing...

And I sort of enjoyed it. It is better than I hoped for I suppose, some of the episodes weren’t great and surprisingly (not really though) it’s because Mary was in them. I mean, how can you be this superb hunter that had these awesome sons but be so helpless all the fecking time? Aside from the Mary-heavy middle of the road-tired episodes, there was some highlights; Charlie being back even if it was alternate world Charlie is something that needs celebrating because outside of Dean, Sam and Castiel, Charlie is by far my favourite. Along the same alternate lines, we also have Bobby back which is a blessing. Making it into my top 5 was the backdoor pilot of Wayward Sisters and I loved it enough to want to see the spin off. I also really enjoyed Mark Pelligrino as Lucifer this year, it’s as if he stopped trying too hard to be evil and just let his snarky side come out and the season was better for it. It’s still too early for me to know if I like Jack as a character. Considering the season was supposed to be mainly about him I don’t seem to remember him being at the forefront all that much. Highlight of all 13 seasons, and possibly of all television, though, was the Scooby Doo mash up which was honestly one of those ideas you have when you’re drunk but never expect to see and it’s the most fun I’ve had in years watching TV. Anyway, here’s hoping season 14 is a good as it looks so far and if it is indeed to be the end I hope it goes out on a high after a couple of dodgy years. 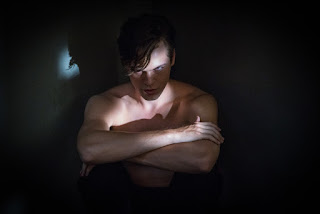 Season 13 begins exactly where we left off, with Sam (Jared Padalecki) and Dean (Jensen Ackles) left to pick up the pieces after the loss of their mother, the demise of Crowley (Mark Sheppard) and the heart-breaking death of Castiel (Misha Collins). The birth of Jack (Alexander Calvert) leaves the Winchester brothers with differing opinions on how to deal with a Nephilim. After being dragged into the breach, Mary (guest star Samantha Smith) must learn to survive Lucifer (Mark Pellegrino) and an apocalyptic world. 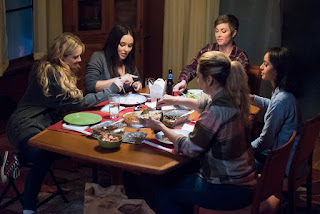 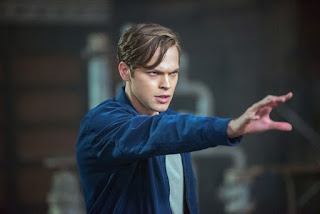 “Elewon: Need that boy, Dean Winchester. Heaven's running out of angels. Only he can save us.

Dean Winchester: As far I'm concerned, you dicks can fry.

Jack, desperate to prove to Sam and Dean that he is good and that he can control his powers, enlists the help of a dream walker named Kaia to help him find Mary Winchester and save her from the alternate universe. However, when plans go awry, the Winchester brothers are the ones who need saving. 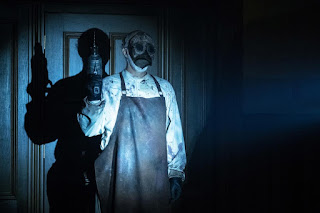 “Dean Winchester: What about Jack?

Sam Winchester: He's catching up on all my old fantasy DVDs, Red Sonja, Beastmaster, Beastmaster Two, you know, the one with the time traveling ferrets.

Dean Winchester: Yeah. Wow. How you ever got laid, I'll never know.”

Sam and Dean work on a case involving the ghost of a demented doctor; they get assistance from an unexpected source; Castiel finds his way back to the Winchesters. 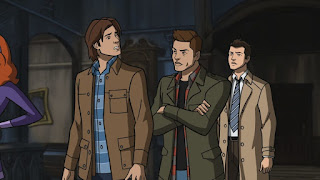 Sam Winchester: Dean, this isn't a dummy. This is blood. He's - He's dead. Like - like, really, actually, dead.

Dean Winchester: Son of a bitch.”

Sam, Dean and Castiel are transported into the animated world of Scooby Doo where they join forces with the Scooby gang to solve a ghostly mystery.