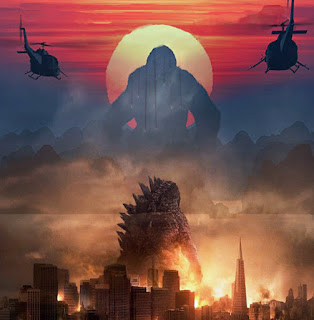 Following 2014’s Godzilla and 2017’s Kong: Skull Island, and in the lead-up to the 2019 release of Godzilla: King of the Monsters, comes the next chapter in Warner Bros. Pictures’ and Legendary Entertainment’s cinematic Monsterverse: Godzilla vs. Kong...

Beginning production this week, the epic action adventure will pit two of the greatest icons in motion picture history against one another – the fearsome Godzilla and the mighty Kong – with humanity caught in the balance.

In a time when monsters walk the Earth, humanity’s fight for its future sets Godzilla and Kong on a collision course that will see the two most powerful forces of nature on the planet collide in a spectacular battle for the ages. As Monarch embarks on a perilous mission into uncharted terrain and unearths clues to the Titans’ origins, a human conspiracy threatens to wipe the creatures, both good and bad, from the face of the earth forever.

Filming is taking place in Hawaii and Australia. A presentation of Warner Bros. Pictures and Legendary Entertainment, Godzilla vs. Kong is currently scheduled for release on May 22, 2020.

Image - Not Official. We just merged posters from Godzilla & Kong: Skull Island. You're welcome.
Email ThisBlogThis!Share to TwitterShare to Facebook